The comedy This Is The End follows six friends trapped in a house after a series of strange and catastrophic events devastate Los Angeles. As the world unravels outside, dwindling supplies and cabin fever threaten to tear apart the friendships inside. Eventually, they are forced to leave the house, facing their fate and the true meaning of friendship and redemption. 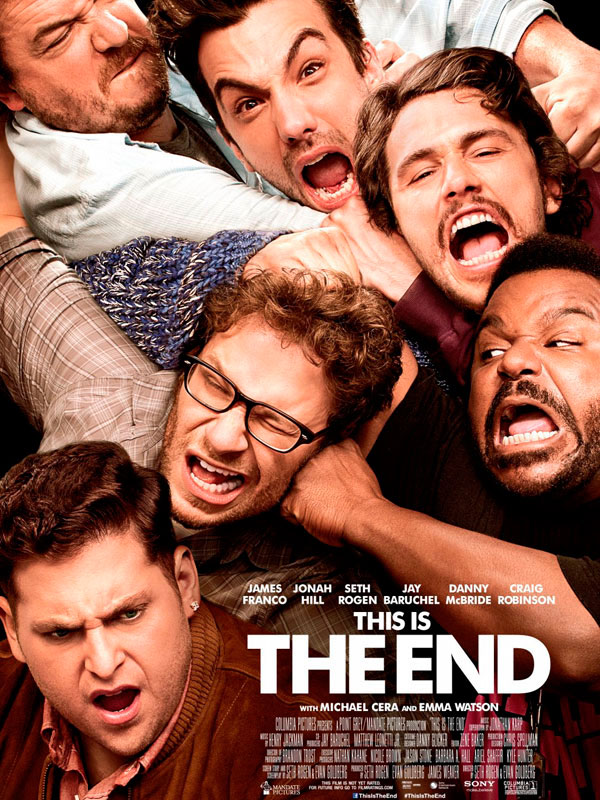 In This Is The End, James Franco’s house is filled with art. Not surprising, in a way, because the real Franco cares deeply about art.

“What if you were stuck in a house with your friends as the world was ending outside?” says Seth Rogen, who, with his writing and directing partner Evan Goldberg, answers that question in the new comedy This Is The End.

James Franco says that he didn’t hesitate to sign on for the project – even though he wouldn’t have even considered the project if it had been with anyone other than Rogen and Goldberg.  One of the main attractions for Johan Hill, like the other actors, to join in the film was the chance to work alongside his close friends.

Cinematographer, Brandon Trost previously worked with studio execs on the action film Ghost Rider™ Spirit of Vengeance, and Rogen and Goldberg were similarly blown away by the cinematographer’s daredevil camera work.