Written and directed by Academy Award-nominated Terrence Malick, To the Wonder is a romantic drama about men and women grappling with love and its many phases and seasons — passion, sympathy, obligation, sorrow and indecision — and the way these forces merge together and drift apart, transforming, destroying and reinventing the lives they touch. 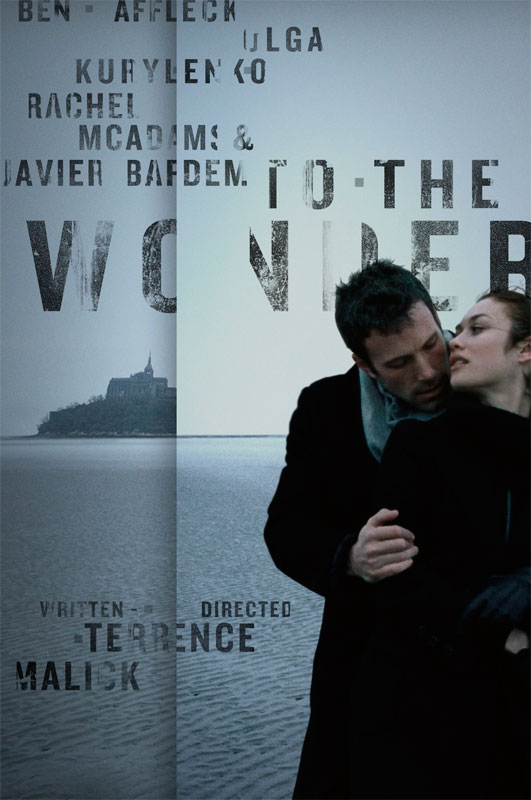 Terrence Malick and Ben Affleck have known each other for many years, and the film’s lead actor insists that Malick has been spinning the story that ultimately became To the Wonder’ for more than a decade.

Working once again with the cinematographer Emmanuel Lubezki, and a team of gifted collaborators, Terrence Malick has concocted a deeply moving visual language intermingling love, nature and spirit — “all things work together for the good,” as one character in To the Wonder proclaims — that ranks among his most personal and heartfelt works.

“The film feels to me like more a memory of a life than a literal story in real time of someone’s life, the way movies more commonly are,” says Ben Affleck, who plays To the Wonder’s central figure, Neil. Olga Kurylenko is co-starring the romantic drama.

Neil (Ben Affleck) is an American traveling in Europe who meets and falls in love with Marina (Olga Kurylenko), an Ukrainian divorcee who is raising her 10-year-old daughter Tatiana in Paris. The lovers travel to Mont St. Michel, the island abbey off the coast of Normandy, basking in the wonder of their newfound romance.  Neil makes a commitment to Marina, inviting her to relocate to his native Oklahoma with Tatiana.

The filmmakers chose the town of Bartlesville, Oklahoma, to provide the earthly backdrop for TO THE WONDER’s epic story of love, longing and spiritual questioning. Much of the town’s character remains intact thanks to the largely preserved buildings erected in the early 20th century, including the famous Price Tower designed by Frank Lloyd Wright in 1956.