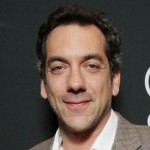 Todd Phillips (born December 20, 1970) is an American screenwriter and film director. He is best known for directing the comedy films Road Trip, Old School, The Hangover, and Due Date.

Phillips was born in Brooklyn, New York, and attended New York University Film School, but dropped out in order to focus on completing his first film, the feature-length documentary Hated: GG Allin and the Murder Junkies, about the life and death of punk rocker GG Allin. Around this time, he worked at Kim’s Video and Music, the infamous East Village video store that specialized in explicit material and hard to find films. He also appeared as one of the drivers in the first seasons of Taxicab Confessions on HBO. In a NY Times profile, Phillips claims to have gotten in trouble for shoplifting as a young man.

His first film was the feature-length documentary Hated: GG Allin and the Murder Junkies, about the life and death of punk rocker GG Allin. Phillips made the film while a junior at NYU and it went on to become one of the biggest grossing student films at the time, even getting a limited theatrical release. Phillips followed up Junkies with Frat House, a documentary about college fraternities that he produced and directed with then-partner, Andrew Gurland. Frat House premiered at the 1998 Sundance Film Festival and would win the Grand Jury Prize for documentary features. It was produced by HBO, but never aired on its channel because many of the film’s participants claimed they were paid to re-enact their activities. It was never proven either way.

Todd Phillips’ documentary film, Bittersweet Motel centered on the jam band Phish. It covered the band’s summer and fall 1997 tours, plus footage from their 1998 spring tour of Europe. The documentary ends at The Great Went, a giant two-day festival held in upstate Maine which attracted 70,000 people. While at Sundance with Frat House, Phillips met director-producer Ivan Reitman, which led to Phillips writing and directing his comedy films, Road Trip and Old School, for Reitmans’ Montecito Picture Company.

In 2009, Phillips directed and produced The Hangover which was made for a reported $35 million dollars. The film went on to become the highest grossing R-Rated Comedy of all time. Its worldwide gross currently stands at $480 million dollars. The film went on to win the Golden Globe for Best Picture (Musical or Comedy). It also won Best Comedy at the 2009 Broadcast Film Critics Awards.Todd Phillips took almost no up-front salary in exchange for a large share of the film’s profits, and has said that the movie’s enormous success combined with his deal, makes it “my Star Wars“.

In the credits of every film he has directed, the picture is addressed as “A Todd Phillips Movie”, despite the fact that usually these directorial credits are referred to as “A (director) Film. Movie is in fact a slang word, referring to it being a motion picture.