The Twilight Saga: Breaking Dawn, commonly referred to as Breaking Dawn, is an upcoming two-part romantic-fantasy film directed by Bill Condon and based on the novel Breaking Dawn by Stephenie Meyer. The two parts form the fourth and final installment in the popular The Twilight Saga series. Wyck Godfrey and Karen Rosenfelt will serve as executive producers for the film, along with the author of the series, Stephenie Meyer; the screenplay will be written by Melissa Rosenberg, the screenwriter of the first three entries. All three main cast members, Kristen Stewart, Robert Pattinson, and Taylor Lautner, will reprise their roles. 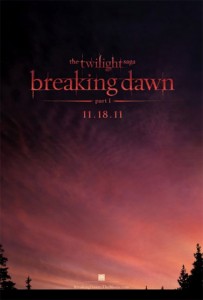 In order to keep the budget on both parts of Breaking Dawn reasonable, even though it is substantially greater than the previous installments in the series, much of the film was shot in Louisiana.

Bella (Kristen Stewart) decides to remain human for a while longer after marrying Edward (Robert Pattinson). They honeymoon on a private island where Edward can bask in the sun without causing alarm. When she begins to get sick, Edward rushes her home to Forks.

They soon realize that despite all odds, Bella is pregnant and the baby is growing so quickly that Bella’s life is in danger. The Cullens are afraid that if Bella gives birth, she will die, but she refuses to give the child up.

When the Quileute wolf pack learns of the pregnancy, they fear that the baby will be like a newborn vampire—a crazed blood drinker who murders innocent humans. They plan to destroy it—and if Bella is killed in the process, so be it.

Talks for a Breaking Dawn film started after Summit Entertainment greenlit the second and third adaptations of the franchise, and scheduled the two films to be released six months apart. Wyck Godfrey, producer of the previous films in the series, stated in mid-2009 that they had every intention to make the film version of Breaking Dawn, but Stephenie Meyer, author of the series, explained on her website’s Breaking Dawn FAQ that if an adaptation were to be created, it would have to be split into two movies because “The book is just so long!“, saying that she would have made the book shorter if it were possible.

She also believed it to be impossible to make a film due to Renesmee, writing that an actress could not play her because she is a baby that has complete awareness, “The one thing that I’ve never seen is a CGI human being who truly looks real”; however, she did acknowledge the film might be possible due to the quickly-advancing technologies. Moreover, because of the mature and explicit nature of the Breaking Dawn book, fans and critics questioned if the studio would be able to keep a PG-13 rating, noting that the movie should not be rated R for the ever-growing fan base. In March 2010, Variety reported that Summit Entertainment was considering splitting the 754-page book into two films, along the same lines as Warner Bros.’ Harry Potter and the Deathly Hallows. Since under contract for only four films, the status of Kristen Stewart’s, Robert Pattinson’s, and Taylor Lautner contracts were in question, making the possibility of a split unlikely. Producer Wyck Godfrey stated that all three main cast members were signed onto one Breaking Dawn film.

In June, Summit officially confirmed that a two-part adaptation of the fourth book would start filming in November. A November 18, 2011, release date has been set for the first part, and the second part’s release date is set for November 16, 2012.