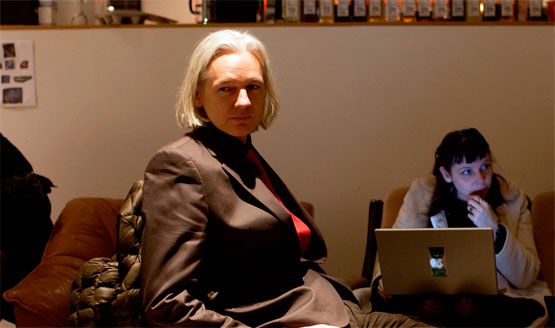 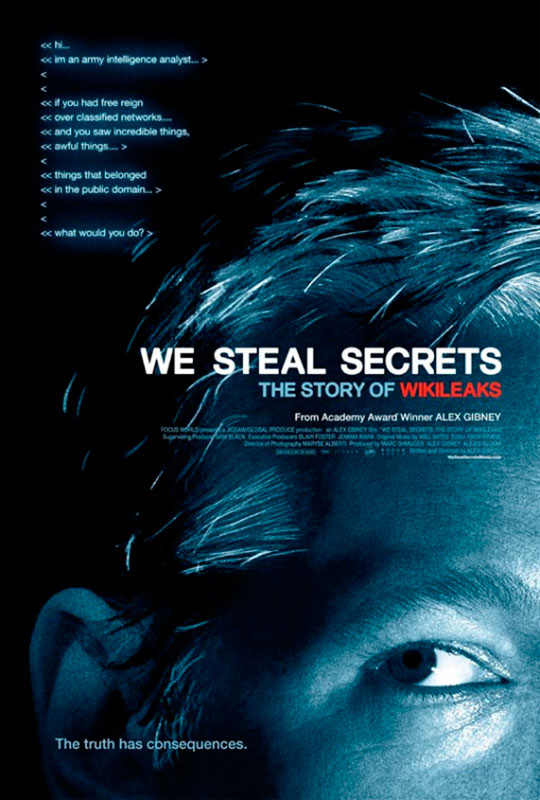 Shaping We Steal Secrets: The Story of Wikileaks proved to be “more art than science,” says producer Alexis Bloom.

Hailed by some as a free-speech hero and others as a traitor and terrorist, the enigmatic Assange’s rise and fall are paralleled with that of PFC Bradley Manning, the brilliant, troubled young soldier who downloaded hundreds of thousands of documents from classified U.S. military and diplomatic servers, revealing the behind-the-scenes workings of the government’s international diplomacy and military strategy.

For producer Marc Shmuger, the initial impetus for We Steal Secrets: The Story of Wikileaks was his fascination with “the role of transparency in a modern democracy.” He viewed September 11 as a watershed in the world of secrets, “an event that made us entirely reconsider how we share information.” The irony, he continues, is that “at the same time as the U.S. government was starting to classify more and more material as secret, the ability to compromise those secrets through internet hacking was growing dramatically.”

Oscar winner Alex Gibney’s compelling, intensively researched and meticulously constructed documentaries have presented looks into such contemporary scandals as the rise and fall of the corporate giant Enron, Abu Ghraib, and the Catholic Church’s woeful mishandling of pedophilia in its ranks. In We Steal Secrets: The Story of Wikileaks, he turns his attentions to two men whose actions have raised some alarming questions about the quest for transparency in the information age.

In 2010, WikiLeaks founder Julian Assange’s decision to release, in major newspapers and on his controversial website, sensitive classified Army and State Department documents exposing the covert inner workings of U.S. diplomatic and military policy set off a firestorm of criticism. The documents provided a unique look into the intricacies of the nation’s foreign policy. It also revived the ongoing discussion about the role of media in the internet age and whether all news is fit to print.