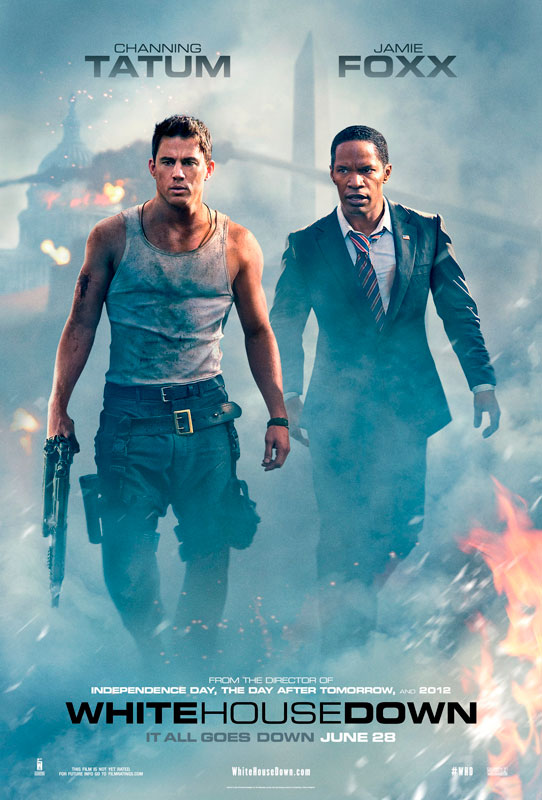 To lend the film that level of accuracy and honesty, the filmmakers turned to McLarty Associates, where Richard Klein oversaw efforts as one of the film’s White House Advisors.

White House Down is the action film from director Roland Emmerich, whose films, including Independence Day, The Day After Tomorrow, 2012, and Anonymous, have taken in more than $3 billion worldwide.    His film is an action movie on an epic scale starring the most recognizable home on the planet, which is very familiar territory for Roland Emmerich.  “Actually, that was the one thing holding me off – I wondered, ‘Can I really do the White House again?’” laughs the man who had aliens blow up the building in Independence Day.

The character at the center of White House Down is John Cale (Channing Tatum), an ex-soldier and divorced father who’s trying to put his life back on solid footing – especially when it concerns his relationship with his daughter.  Opposite Tatum, the filmmakers cast Jamie Foxx as President Sawye, the 46th president of the United Statesr.  Producer Bradley J. Fischer says that casting Jamie Foxx was part of the key to defining the tone of the film.

The task of designing and building the sets fell to production designer Kirk M. Petruccelli.  “Kirk is one of the unsung heroes of this production,” says producer Bradley J. Fischer.  Once the sets were completed, even the veterans were amazed by what had been accomplished.

It also fell to Petruccelli, along with Graham Kelly, the film’s action vehicle supervisor, to recreate the presidential limousine, affectionately and accurately known as The Beast.  This is no mere luxury production car: this is a rolling fortress.