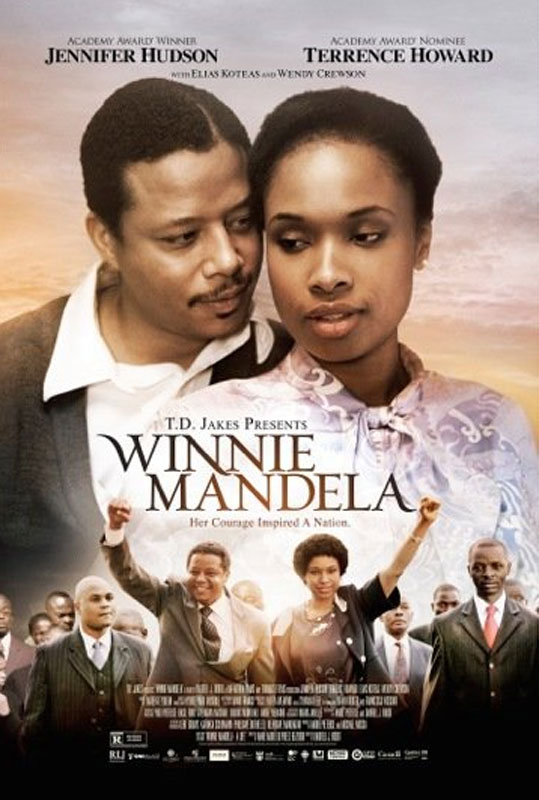 Winnie Mandela criticized the fact that she was not consulted for the making of a film about her life,

Said Jennifer Hudson, “I was compelled and moved by the script.  Winnie Mandela is a complex and extraordinary woman and I’m honored to be the actress asked to portray her.  This is a powerful part of history that should be told.”

“Their story is one of the most inspirational, true love stories of all time,” remarked Terrence Howard.

“We are honored to be making this film and to be working with the brilliant Jennifer Hudson and Terrence Howard.  This is inspired casting; two of Hollywood’s great talents,” commented producers André Pieterse and Michael Mosca.

WINNIE MANDELA is directed by Darrell James Roodt whose film, Yesterday, was the first from South Africa to be nominated for an Academy Award® for Best Foreign Language Film.  Pieterse and Roodt wrote the screenplay for WINNIE MANDELA, based on the book Winnie Mandela: A Life, by Anné Mariè du Preez Bezdrob, a former journalist.

Said Roodt, “The story of WINNIE MANDELA offers a unique perspective on the South African narrative.  Most importantly, I want to focus on the beautiful and tragic love story of Nelson and Winnie Mandela, which was crushed by what history did to them.  It is tragic that a woman who dedicated most of her adult life to him, ended up divorcing him.  As a director, I am humbled to have artists such as Jennifer Hudson and Terrence Howard to work with.”

Principal photography took 13 weeks on location in Johannesburg, Cape Town, Transkei Mountains (the birthplace of Winnie Mandela) and Robben Island – where Nelson Mandela spent 18 of his 27 years in incarceration, before he became his country’s first Black president.