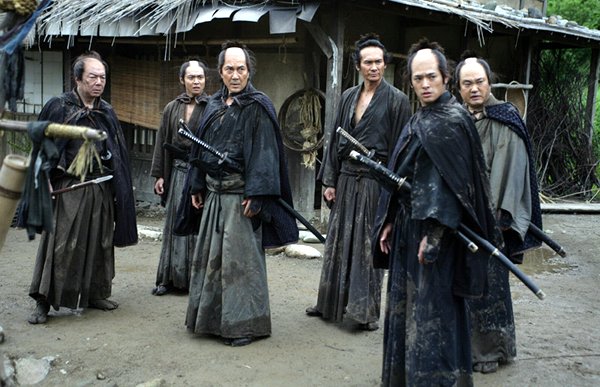 13 Assassins is a Japanese jidaigeki film directed by Takashi Miike, known for his ultra-violent work in the horror genre. A samurai epic based on a true incident, the film was produced by Japanese producer Toshiaki Nakazawa, who won the 2009 Academy Award for Best Foreign Language Film for Departures. It was executive-produced by Jeremy Thomas, a British producer with a reputation for breaking Asian titles into the international market, most notably Bernardo Bertolucci’s nine-time Oscar winner The Last Emperor, Nagisa Ôshima’s Merry Christmas, Mr Lawrence and Takeshi Kitano’s Brother. 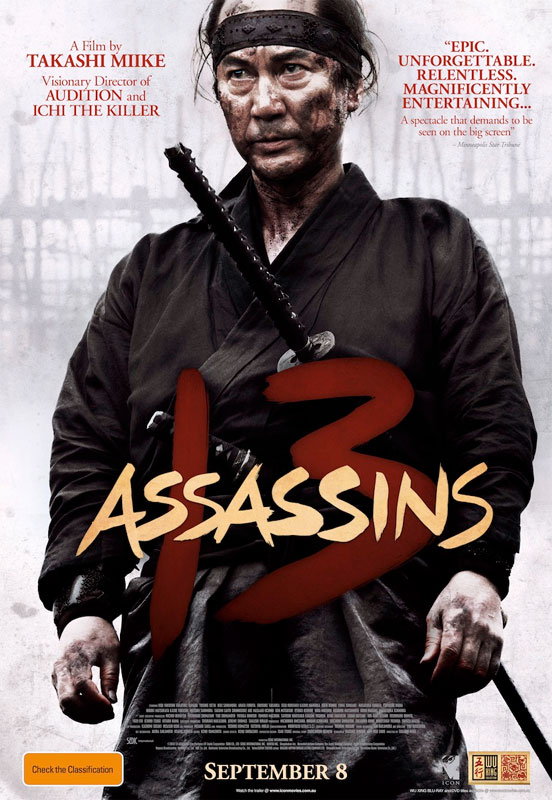 In 13 Assassins, a group of assassins come together for a suicide mission to kill an evil lord.

Cult director Takeshi Miike delivers a bravado period action film set at the end of Japan’s feudal era in which a group of unemployed samurai are enlisted to bring down a sadistic lord and prevent him from ascending to the throne and plunging the country into a war-torn future.

Takashi Miike, director, has become synonymous with the promise of a unique onscreen experience, regardless of the genre. Highly prolific, Miike is credited with over 80 films since making his directorial debut in the early 90s. Landmark films in Miike’s illustrious career include: AUDITION, ICHI THE KILLER, ONE MISSED CALL, THE GREAT YOKAI WAR, THE CITY OF LOST SOULS, VISITOR Q, GRAVEYARD OF HONOR, SUKIYAKI WESTERN DJANGO, YATTERMAN, the CROWS ZERO films and the DEAD OR ALIVE yakuza trilogy. Although his films are often associated with black humor, inventive violence and audacious style, Miike has shown his versatility in other genres: children’s films (ZEBRAMAN), sensitive dramas (THE BIRD PEOPLE IN CHINA), period pieces (SABU) and even a horror musical (THE HAPPINESS OF THE KATAKURIS).