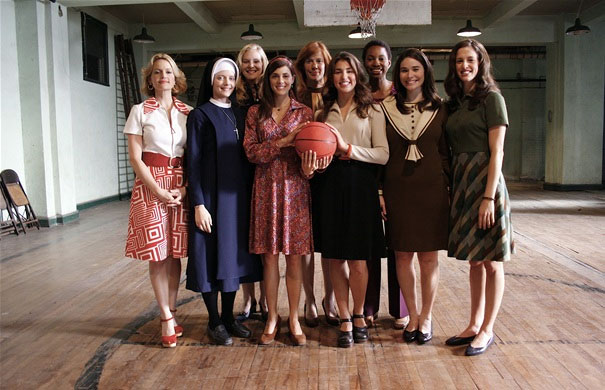 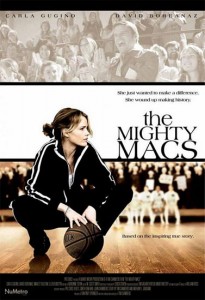 She Dared to Dream. They Dared to Believe. It’s 1971. Cathy Rush is a woman ahead of her time … and she’s about to embark on an adventure for the ages in The Mighty Macs

The film was written, directed, and produced by Tim Chambers. The film’s executive producers are Pat Croce, the former president of the NBA’s Philadelphia 76ers, and Vince Curran, a successful real estate entreprenuer and former basketball star at Penn. Curran and Chambers are founders and partners of Quaker Media.

If you examine the history of inspirational sports movies, you will conclude that the most successful films in this genre typically use sport as a metaphor.  Miracle wasn’t just about hockey, it was about the Cold War and the impending fall of Communism. Remember the Titans wasn’t just about football, it was about race relations. Similarly, The Mighty Macs isn’t just about basketball, it’s about the equality of dreams and how a young coach would not only unite a team but also change a generation of young women.

The Mighty Macs is based on the incredible true story of the 1971-72 Immaculata College team that started in obscurity but became the original Cinderella story in women’s basketball.

This team of trailblazers went from barely making that inaugural tournament to the first dynasty in their game.  And Cathy Rush, the woman that was ahead of her time, became immortalized when she was inducted into the Naismith Memorial Basketball Hall of Fame in 2008.