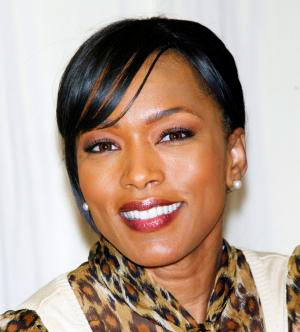 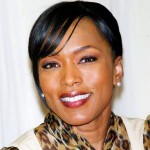 Angela Bassett is an active Ambassador of UNICEF for the United States.

Angela Evelyn Bassett (born August 16, 1958) is an American actress. She has become well-known for her biographical film roles portraying real life women in African American culture, including singer Tina Turner in the motion picture What’s Love Got to Do with It, as well as Betty Shabazz in the films Malcolm X.

Bassett was born in Harlem and relocated to St. Petersburg, Florida as a child. She and her sister D’nette were raised by their social worker/civil servant mother, Betty.As her interest in entertainment developed, Angela and her sister would often put on shows, reading poems or performing popular music for their family. At Boca Ciega High School, Bassett was a cheerleader and a member of the debate team, student government, drama club and choir.

In 1985, Bassett made her first television appearance as a prostitute in the TV movie Doubletake. However, she made her official film debut as a news reporter in F/X (1986). Bassett moved to Los Angeles and gained recognition in the films Boyz n the Hood (1991) and Malcolm X (1992). For her portrayal of Betty Shabazz, she earned an Image Award.

In 1992, Bassett played Katherine Jackson in the mini series The Jacksons: An American Dream. Later that year, Bassett was cast as Tina Turner in the feature film What’s Love Got to Do with It (1993). Bassett won a Golden Globe and earned an Academy Award nomination for her portrayal of Turner. She was the first African-American to win the Golden Globe Award for Best Actress – Motion Picture Musical or Comedy.

Bassett starred in three movies in 1995, which were released with varied reactions from critics: Vampire in Brooklyn, Strange Days, and Waiting to Exhale (where she worked with author Terry McMillan). In Strange Days, Bassett plays Lornette “Mace” Mason, a chauffeur and bodyguard. In Vampire in Brooklyn, she plays Rita Veder, a tortured cop with a dark secret. Bassett’s character in Waiting to Exhale, Bernadine Harris, was betrayed by her husband and in revenge she set fire to his entire wardrobe and vehicle, then sold what was left for one dollar.

In 1998, Bassett starred in the film How Stella Got Her Groove Back, once again collaborating with McMillan. She played Stella, a 40-year-old American professional woman who falls in love with a 20-year-old Jamaican man. In 2000, Bassett turned down the lead role in Monster’s Ball due to the script’s sexual content; the role earned Halle Berry the Academy Award for Best Actress.

Bassett is a private person, often choosing not to discuss her personal life with the public. She attends LA’s West Angeles Church of God in Christ, along with fellow actor Denzel Washington. Bassett told the Los Angeles Times: “Loving God is like me being black. I just am. [No one says] ‘You know what? I’m gonna be blacker today!’ It’s my culture. It’s not something I put on or take off or show more. You just communicate that in the way you live your life.”