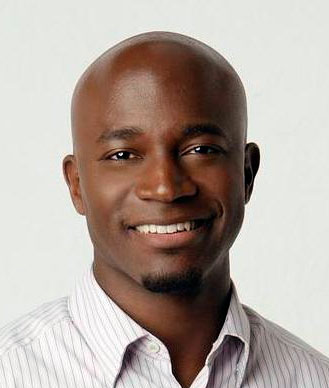 Scott Leo “Taye” Diggs (born January 2, 1971) is an American theatre, film and television actor. His nickname, Taye, comes from the playful pronunciation of Scotty as “Scottay”. 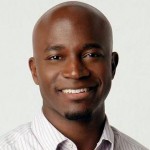 Born in New Jersey, Taye Diggs grew up in Rochester, New York, attending the School of the Arts.  He received his bachelor of fine arts degree from Syracuse University, where he studied theater and was discovered by an agent while performing in a showcase during his senior year in college.

In 1996, he originated the role of the nasty landlord Benny in Jonathan Larson’s Tony Award- and Pulitzer Prize-winning Rent, which also starred his future wife, Idina Menzel. After Rent he appeared as Mr. Black alongside Idina Menzel’s character of Kate in Andrew Lippa’s off-Broadway production of The Wild Party. Diggs also played The Bandleader in the long-running Broadway revival of Chicago and its 2002 film version and temporarily filled in for Norbert Leo Butz (an original Rent standby) as the love interest Fiyero of Idina Menzel’s Elphaba character in Wicked. Diggs made his feature film debut starring opposite Angela Bassett in the box-office hit How Stella Got Her Groove Back.

Taye Diggs’ first children’s book “Chocolate Me!” was published in 2011 by Feiwel and Friends.  The book, which tells the story of a relentlessly teased child who learns to appreciate what sets him apart from his neighbors, is illustrated by Diggs’ longtime friend Shane W. Evans.