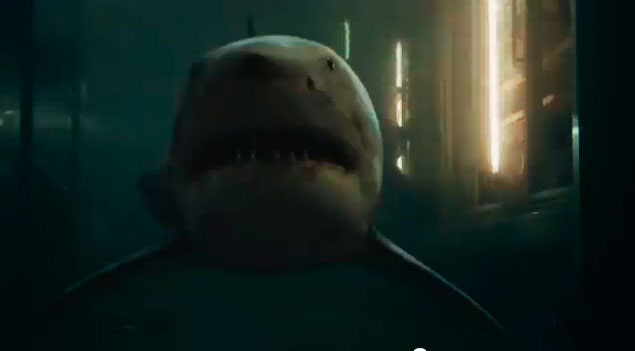 When a monstrous freak tsunami hits a sleepy beach community, a group of survivors from different walks of life find themselves trapped inside a submerged supermarket. As they try to escape to safety, they soon discover that there is a predator among them more deadly than the threat of drowning— vicious great white sharks lurking in the water, hungry for fresh meat. 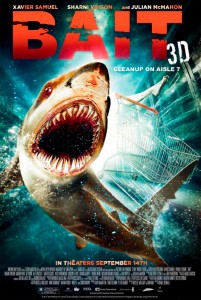 One of the major stars of Bait 3D film was always going to be the shark. The production team needed to create a believable, terrifying creature that would hold the film together.

Bait is the first ever Australian 3D action genre production, as well as the first ever co-production between Australia and Singapore. Bait in 3D was developed by Russell Mulcahy and Gary Hamilton as a high concept genre film— essentially a shark attack movie.

Gary approached producers Todd Fellman and Chris Brown with the film in 2009, and had them interested from the outset with the one line sell of ‘sharks in the mall. ’Brown and Fellman worked with Grant Lehman (Animatronics Supervisor) and Steve Boyle (Makeup FX and Shark Designer) previously on the film Daybreakers, and approached them 6 months before filming began to start creating the shark.

One of the biggest challenges for the team was creating something that looked real. “All animatronics technicians want to try and produce the most realistic creature, animal or person possible within the time frames and skill levels of the teams available to them. We needed to take into consideration the full range of movement that a shark’s jaw has – it’s not like a single pivot, its got multiple pivots, as well as flex. We also had to work on the eyes and skin thickness to give it that really believable organic look.” said Grant.

Filming began in October 2010 at the Village Roadshow Studios on Queensland’s Gold Coast. The location was chosen because, as Todd enthuses, “There’s no better place in the world to make a film than the Gold Coast. The facilities and crew here are world class. There are a number of elements to the studios that were very attractive to the production, particularly the indoor tanks and the easy access to locations. We had very few location days, but they did include an ocean front shopping complex and a beach, which are literally just down the road. It was all very convenient in terms of an overall filming location, but the first class crews were the biggest draw. There is a lot of talent here in Queensland.”