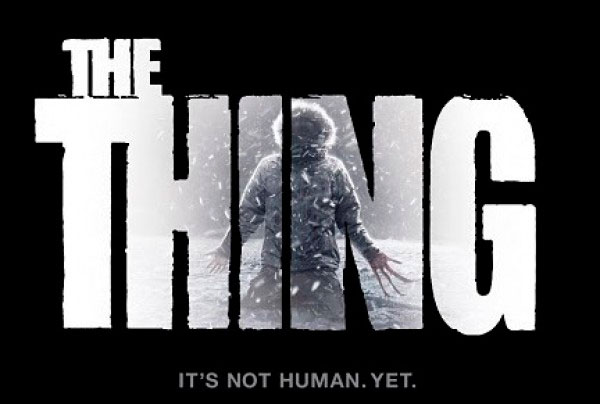 The Thing is a science fiction horror film directed by Matthijs van Heijningen Jr., written by Eric Heisserer, and starring Mary Elizabeth Winstead and Joel Edgerton in the lead roles. It is a prequel to the 1982 John Carpenter film of the same name. Matthijs’s film will take place right before the first film, following the exploits of the Norwegian and American scientists who originally discovered the alien. 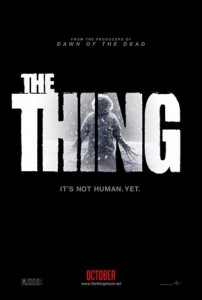 Taking place three days before the events of The Thing by John Carpenter Paleontologist Kate Lloyd (Mary Elizabeth Winstead) and her two assistants Davida Morris (Davetta Sherwood) and Adam Goodman (Eric Christian Olsen) join a Norwegian scientific team that has stumbled across a crashed extraterrestrial spaceship buried in the ice of Antarctica.

After creating the Dawn of the Dead remake, producers Marc Abraham and Eric Newman began to look through the Universal Studios library to find new properties to work on. Upon finding John Carpenter’s 1982 film The Thing, the two convinced Universal to create a prequel instead of a remake, as they found remaking Carpenter’s film would be like “paint(ing) a mustache on the Mona Lisa”  Eric Newman explained; “I’d be the first to say no one should ever try to do Jaws again and I certainly wouldn’t want to see anyone remake The Exorcist… And we really felt the same way about The Thing. It’s a great film. But once we realized there was a new story to tell, with the same characters and the same world, but from a very different point of view, we took it as a challenge. It’s the story about the guys who are just ghosts in Carpenter’s movie – they’re already dead. But having Universal give us a chance to tell their story was irresistible.”

The movie was shot in the anamorphic format on 35mm film, as the director dislikes the look of films shot digitally.  The director chose not to fast cut the film, instead opting for a slower pace, hoping to build a sense of pending dread. The prequel was filmed in Pinewood Toronto Studios, Port Lands on March 22, 2010 and ended on June 28, 2010.On set, the director had a laptop computer which contained “a million” screen captures of the Carpenter film, which he used as a point of reference to keep the Norwegian camp visually consistent with the first film. Alec Gillis and Tom Woodruff, Jr. created the practical creature effects for the film, in the studios of Amalgamated Dynamics.In addition to creating the effects for the human-Thing transformations, Gillis, Woodruff and their team had the challenge of coming up with the look of the alien in the ice block unearthed by the Norwegians. While it was initially only intended to be shown as a silhouette, the director liked their designs and encouraged them to fully create the creature, which was realised by creating a monster suit that Tom Woodruff wore.

In order to emulate the creature effects of the first film, Heisserer has revealed that traditional practical effects will be used on the creatures whenever possible. The films computer generated imagery will be created by Image Engine, the effects house who worked on Neil Blomkamp’s 2009 film District 9. Computer Graphics will be used to digitally create extensions on some of the practical animatronic effects, as well as for digital matte paintings and set extensions.

Alec Gillis stated that the advancement of animatronic technology since 1982 combined with digital effects allowed the effects team to expand upon the possible creature conceptions.  Matthijs van Heijningen preferred to use practical effects over computer imagery, as he believes actors give better performances when they have something physical to react to.  Stunt men covered in fire-retardant gel were used in scenes when characters are set on fire. The original Ennio Morricone score will likely be reflected in the film’s score, but Morricone will not score the film, nor will his music from the ’82 version be used.