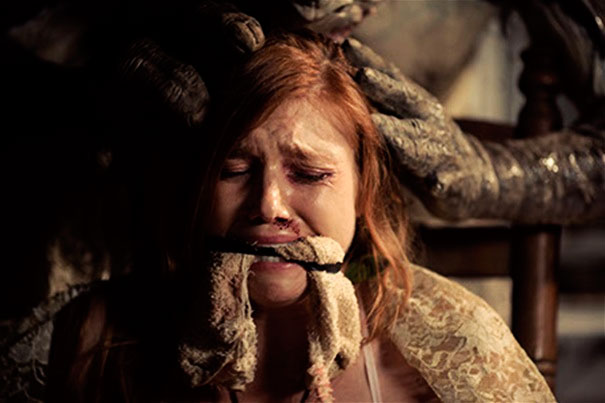 Creature is an  horror film, based on a novel written by Fred M. Andrews and Tracy Morse. The film is set in the Louisiana Bayou, where a bunch of friends discover a local legend and are in the fight for survival. Creature is currently unrated with a running time of 93 minutes, it is Flat and in Dolby Digital SRD and is also available as a digital cinema print (DCP). This film opens in theaters on September 9, 2011, in the United States and Canada. 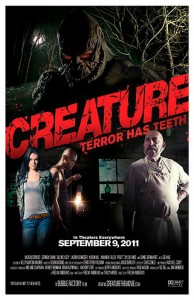 Creature is based on a novel written by Fred M. Andrews and Tracy Morse

An ex-Navy seal (Mehcad Brooks), his girlfriend (Serinda Swan) and their friends head out on a road trip to New Orleans. The group decides to stop at a roadside convenience store owned by Chopper (Sid Haig), who tells them the tale of Lockjaw, a fabled god-like creature who is half-man, half-alligator.

The legend has it that an inbred local man by the name of Grimley (Daniel Bernhardt) lost his family to a monstrous white alligator, which then drove him to madness and some believe he was transformed into that very creature that now haunts the depths of the swamps.

Their curiosity peaked, the group decides to play along with the local tourist trap and journey deep into the backwoods to find the old dilapidated cabin which is supposed to be the birthplace of the creature. As they set-up camp for the night, their faith is put to the test when Lockjaw turns out to be more than just a myth and they realize the locals are hiding a horrifying secret that jeopardizes them all.