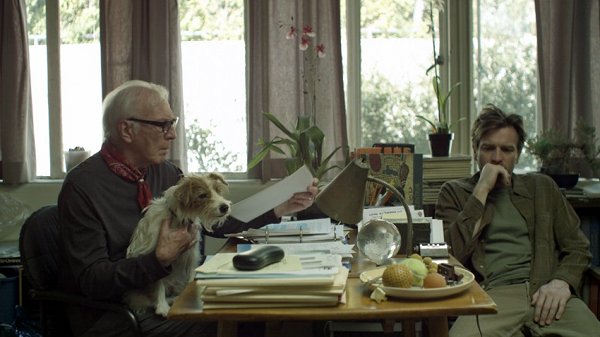 Beginners is a comedy/drama, written and directed by Mike Mills. The movie stars Ewan McGregor, Christopher Plummer, Mélanie Laurent, Goran Visnjic, Cosmo. It tells the story of Oliver (Ewan McGregor), a man trying to deal with two stunning revelations from his 75 year-old father Hal (Christopher Plummer): that he is gay and gravely ill. 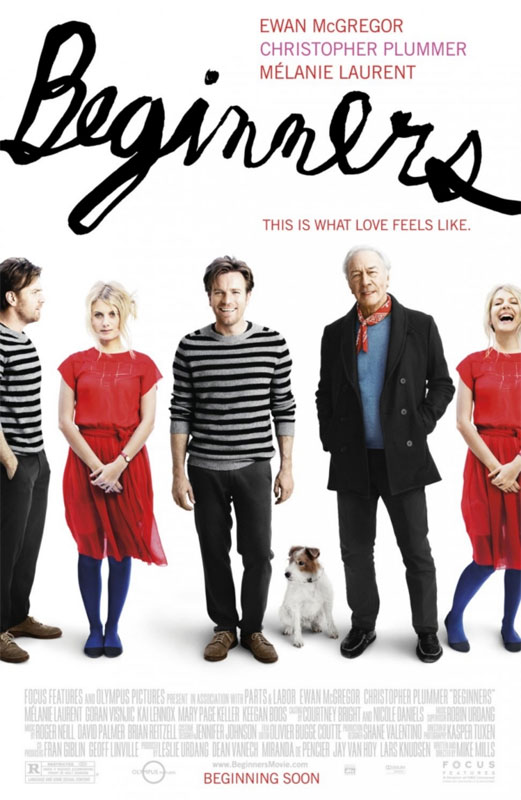 Beginners is about a young man is rocked by two announcements from his elderly father: that he has terminal cancer, and that he has a young male lover.

The film is about how deeply funny and transformative life can be, even at its most serious moments. “Beginners” imaginatively explores the hilarity, confusion, and surprises of love through the evolving consciousness of Oliver (Golden Globe Award nominee Ewan McGregor).

Oliver meets the irreverent and unpredictable Anna (Mélanie Laurent of “Inglourious Basterds”) only months after his father Hal (Academy Award nominee Christopher Plummer) has passed away. This new love floods Oliver with memories of his father, who, following the death of his wife of 45 years, came out of the closet at age 75 to live a full, energized, and wonderfully tumultuous gay life. The upheavals of Hal’s new honesty, by turns funny and moving, brought father and son closer than they’d ever been able to be. Now Oliver endeavors to love Anna with all the bravery, humor, and hope that his father taught him.

At once deeply personal and universal, the film was inspired by Mike Mills’ own father and is meant in turn to inspire everyone weighing their chances and choices in life and love.

Beginners premiered at the 2010 Toronto International Film Festival, where The Los Angeles Times heralded it as a “heady, heartfelt film” with a cast who has “a strong sense of responsibility to their real-world counterparts“.