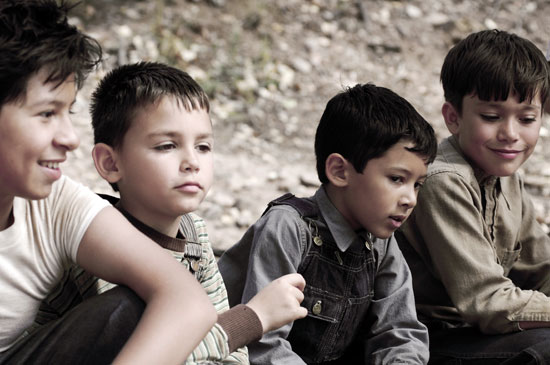 The film, Bless me, Ultima, is based on the provocative award-winning novel by celebrated author, Rudolfo Anaya. Bless me, Ultima opened on October 19, 2012 in just five New Mexico theaters. 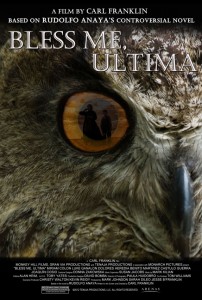 Bless Me, Ultima is Anaya’s best known work and was awarded the prestigious Premio Quinto Sol.

Larry Gleason, Arenas President of Distribution, said, “We are thrilled that audiences have fallen in love with this film and its rich characters and story.” He continued, “We cannot wait to bring BLESS ME, ULTIMA to a wider audience across the country in February.”

The film’s executive producer Christy Walton added “I kept and read the book by Rudolfo Anaya for over 25 years, always thinking that it should be shared in film. Now, I am proud to say that it is a wonderful movie as well as a wonderful book.”

“’Bless Me, Ultima’ is a truly special book that has engaged readers for decades with its universal, yet highly personal coming-of-age story,” said producer Sarah DiLeo, “We are honored to be a part of bringing this beloved story to the screen and sharing these richly drawn characters and unique culture with an even wider audience.”

Based on the controversial, first award-winning Chicano novel by acclaimed author Rudolfo Anaya, Bless Me, Ultima is a turbulent coming-of-age story about a young boy, Antonio (Luke Ganalon), growing up in New Mexico during World War II. When a mysterious curandera (healer) named Ultima (Miriam Colon) comes to live with his family, she teaches him about the power of the spiritual world. As their relationship grows, Antonio begins to question his strict upbringing by his parents (Dolores Heredia & Benito Martinez). Through a series of mysterious and at times terrifying events, Antonio must grapple with questions about the nature of divinity and his own destiny.

The film BLESS ME, ULTIMA was written and directed by Carl Franklin (“Devil in a Blue Dress”), the executive producer is Christy Walton, producers are Mark Johnson, Sarah DiLeo and Jesse B’Franklin. The film is based on the novel by Rudolfo Anaya and stars Miriam Colon, Luke Ganalon, Dolores Heredia, Benito Martinez, Castulo Guerra and Joaquin Cosio.