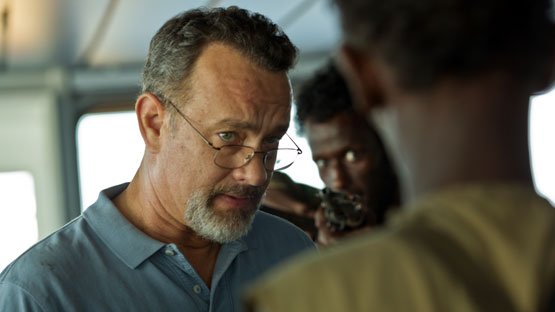 Captain Phillips is a multi-layered examination of the 2009 hijacking of the U.S. container ship Maersk Alabama by a crew of Somali pirates. The film focuses on the relationship between the Alabama’s commanding officer, Captain Richard Phillips (Tom Hanks), and the Somali pirate captain, Muse (Barkhad Abdi), who takes him hostage. 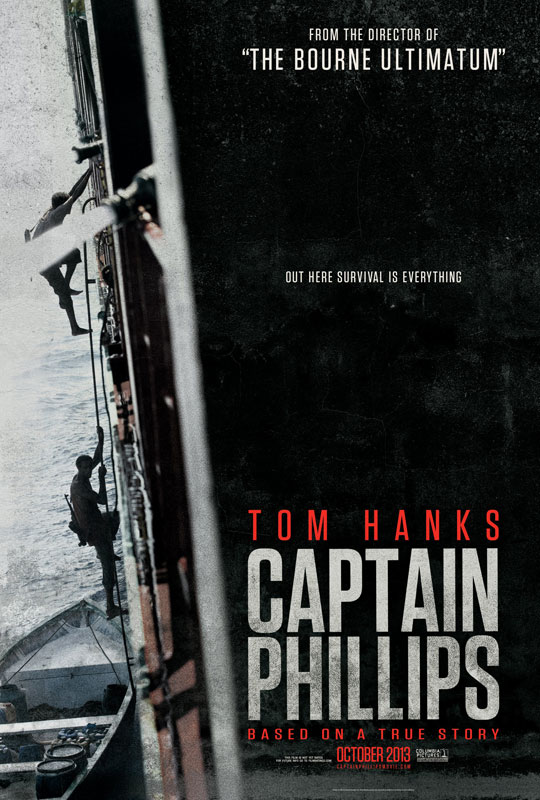 Tom Hanks prepared for the role by getting to know Richard Phillips, visiting with the captain at his home in Vermont, where he lives with his wife, Andrea, a nurse.

In Captain Phillips, director Paul Greengrass charts the emotionally charged story of Somali pirates taking an American sea captain hostage, while simultaneously exposing the underlying economic divide that sets the event in motion. The story begins in Vermont, where Captain Phillips leaves his family to sail cargo (partially food aid) halfway around the world — and at the same time in Somalia, where a former coastal fisherman, Muse, aims to overtake one of the high-value ships that passes through his coast every day. At the heart of the confrontation between Phillips and the desperate Somali pirates who take him hostage, Greengrass reveals the rift between those who are part of the lucrative ebb and flow of international trade, and those who are caught outside of it.

As a former documentarian, Greengrass has long been drawn to stories that dig beneath the surface of contemporary events. At the same time Greengrass has also emerged as the game-changing director behind high-octane thrillers of refreshing realism — The Bourne Ultimatum and The Bourne Supremacy.

75% of Captain Phillips was shot over 60 days on the open water. “Shooting this film out on the ocean, on a working ship, was tremendously important to me,” says Greengrass. “I started the film with the conviction that we had to re-enact the event in conditions as close as possible to those in which it occurred. Everybody said, ‘You’re insane — shooting at sea is one of the things you don’t do as a director.’ But it gives the film a veracity that cannot be quantified.”

The first challenge the production faced was sourcing the numerous ships that the story called for — a working container ship, two US Navy destroyers, and an aircraft carrier. Finding vessels that were as close as possible to the ships used in the actual incident — a Greengrass mandate — posed a huge problem, despite the eagerness of Maersk Line and the United States Navy to collaborate with the production.  The climax of the film — set at sea, in total darkness — also presented tremendous challenges for director of photography Barry Ackroyd.