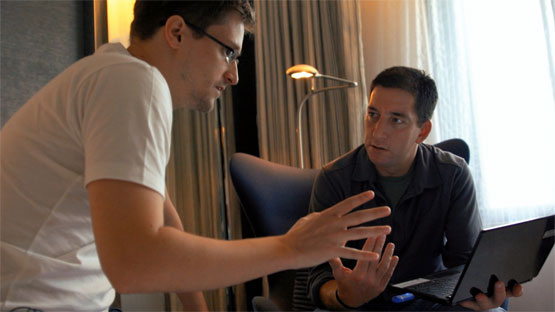 Citizenfour is a real life thriller, unfolding by the minute, giving audiences unprecedented access to filmmaker Laura Poitras and journalist Glenn Greenwald’s encounters with Edward Snowden in Hong Kong, as he hands over classified documents providing evidence of mass indiscriminate and illegal invasions of privacy by the National Security Agency (NSA). 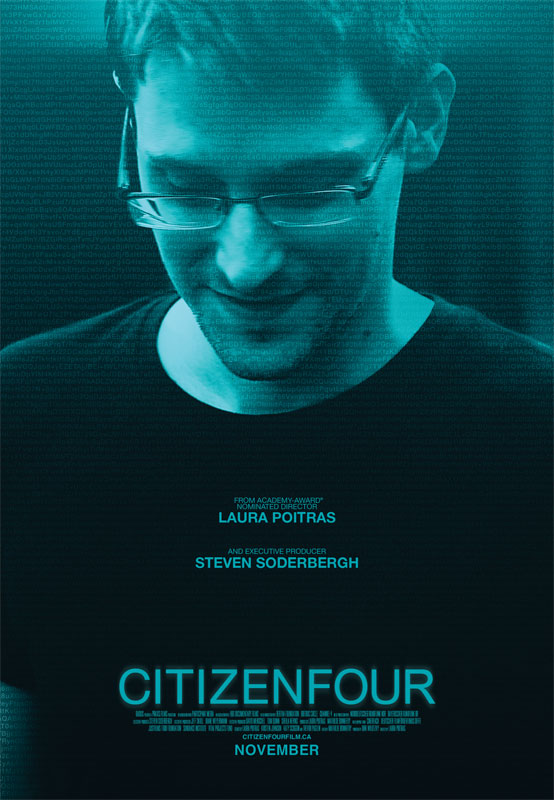 Poitras had already been working on a film about surveillance for two years when Snowden contacted her, using the name “CitizenFour ,” in January 2013. He reached out to her because he knew she had long been a target of government surveillance, stopped at airports numerous times, and had refused to be intimidated. When Snowden revealed he was a high-level analyst driven to expose the massive surveillance of Americans by the NSA, Poitras persuaded him to let her film.

CitizenFour  places you in the room with Poitras, Greenwald, and Snowden as they attempt to manage the media storm raging outside, forced to make quick decisions that will impact their lives and all of those around them.

CitizenFour not only shows you the dangers of governmental surveillance—it makes you feel them. After seeing the film, you will never think the same way about your phone, email, credit card, web browser, or profile, ever again.

Poitras’ NSA reporting, based on documents from Edward Snowden, contributed to a Pulitzer Prize for Public Service awarded to The Guardian and Washington Post. This reporting was also honored with a George Polk Award, the International Reporters & Editors (IRE) Medal, and the Ridenhour prize. In 2014, she also received the International Documentary Association Courage Under Fire award.

Laura Poitras has taught filmmaking at Duke and Yale Universities. Her work was selected for the 2012 Whitney Biennial and she will have her first solo museum exhibition at the Whitney Museum in 2016.