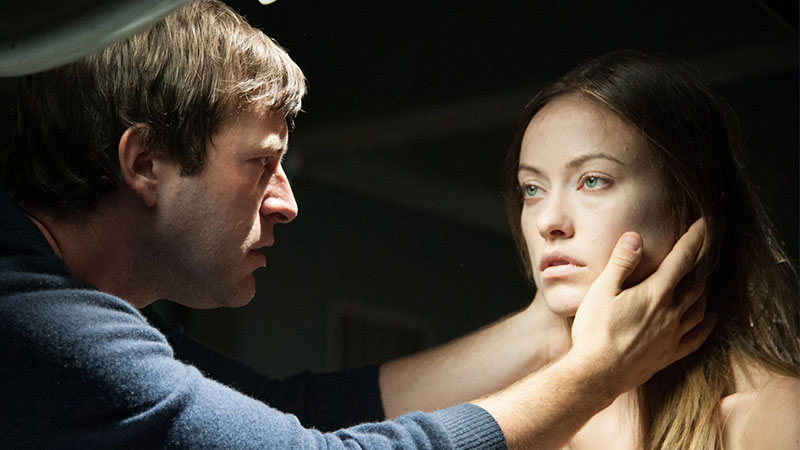 The Lazarus Effect follows a group of researchers led by Frank (Mark Duplass) and his fiancée Zoe (Olivia Wilde), who’ve achieved the unimaginable– bringing the dead back to life. After a successful, yet unsanctioned, trial on a newly deceased animal, the team is ready to unveil their breakthrough to the world. When the dean of their university learns of their underground experiments, their project is unexpectedly shut down and their materials confiscated. 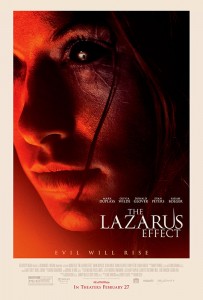 It was producer Matt Kaplan who brought in screenwriter Jeremy Slater and also a most unexpected choice for director: David Gelb

“The Lazarus Effect is definitely a horror film but there are also elements of a medical thriller and Sci-Fi,” says director David Gelb, who turns from his award-winning documentary Jiro Dreams of Sushi to the realm of mounting fear in this new film. Working with an accomplished cast headed by Mark Duplass and Olivia Wilde, Gelb went all in, diving into all the obsessive and often petrifying questions evoked by the prospect of manipulating the most unknowable human reality of all: death.

For producer Jason Blum, whose Blumhouse Production specializes in original horror along with award-winning dramas, the one rule to the modern horror film is that there should be no rules. In the case of The Lazarus Effect, the story meshed with a longtime interest Blum has had in rejiggering perhaps the  most classic horror film concept of all: the Frankenstein tale of a person who regains precious life, but at the horrific cost of not being quite human anymore. “I really thought The Lazarus Effect was Frankenstein retold,” says Blum.

Those questions also intrigued executive producer Matt Kaplan, who first began developing the film at Lionsgate from a screenplay draft by Luke Dawson (Shutter), before founding Chapter One Films. “We fell in love with this story because it felt so different for contemporary horror,” says Kaplan.

Also coming aboard was veteran horror and drama producer Cody Zwieg. Says Zwieg: “The best horror films are never just about scares and blood – they also bring in deeper, more primal questions about the roots of human fear. The Lazarus Effect starts with a concept that is completely relatable.”

To portray the film’s “dream team” of offbeat scientific pioneers, Gelb sought actors equally as full of energy and smarts, and found it in a quintet comprised of Mark Duplass, the comic actor, writer and co-creator (with his brother) of HBO’s lauded “Togetherness,”; Olivia Wilde, the rapidly rising star; Donald Glover, who does a 180 from his role on the hit comedy series “Community”; Evan Peters, known for his roles in Kick-Ass, X-Men: Days of Future Past and Irish actress Sarah Bolger.

Working with several real-life doctors, Duplass immersed himself in research and medical jargon.“Frank is dealing with a lot of medical procedures, from CPR and adrenaline shots to using the defibrillation paddles, so it was important for it all to look as real as possible,” he points out.

For Wilde, The Lazarus Effect was also an opportunity to further explore the frontiers of brain research, an area she’s been intrigued with all her life. “I’m kind of a neuro nerd,” she admits. “I’m really into all things neurological, I love reading Oliver Sacks’ books,”

The Lazarus Effect takes place entirely within the confines of the Lazarus Project Lab – though it traverses beyond the mortal world from there. For the filmmakers it was exciting to work entirely on a soundstage with just a few main, carefully designed sets. Says producer Matt Kaplan: “One of the strengths of being contained inside this one location is that it allowed us the ability to travel into Zoe’s mind and into her nightmares. It was a fun way to play with the story. In a way, the laboratory worked for us like a haunted house – you’re in this single space that keeps you trapped but is full of surprises.”