The Purge is helmed by writer/director James Demonaco, who has assembled an accomplished behind-the-scenes team that includes director of photography Jacques Jouffret, production designer Melamie Paizis-Jones and editor Peter Gvozdas. 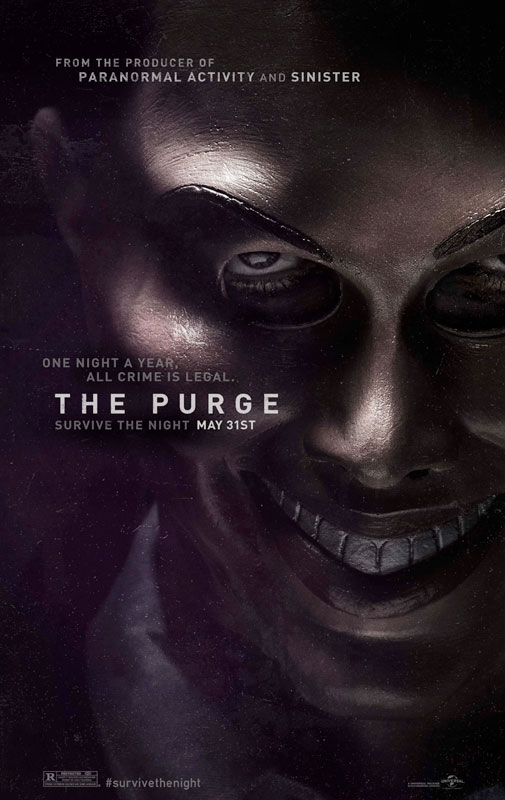 Considering that the film is set a mere nine years in the future, costume designer Lisa Norcia wanted to make sure the colors and designs weren’t too futuristic for the characters, yet still had a dystopic sensibility.

A veteran of penning gritty screenplays James DeMonaco was inspired to draft The Purge after a couple of unexpected events put his creative process in motion.  Most significantly, the idea for the story was sown when he and his wife were almost killed by a reckless driver.  DeMonaco recalls: “In a fit of terrible road rage, I had gotten out of the car to argue with this guy, and my wife pulled me back.  When we got back in, she turned to me and said, ‘Wouldn’t it be great if we all had one free one a year?’  I thought that was such a dark thing to say, especially for a doctor.  But it stayed with me for a very long time.”

The director and his producing partner, Sébastien Lemercier, spent approximately three years developing the script.  During this time, they explored the journey each character would take and how the night of The Purge would affect the four members of the Sandin family.  Their goal was to shape the tone of the story so it would feel more like a morality play set in the near future than a science-fiction fantasy.

The writer/director envisioned filming the thriller on a very modest budget, one that guaranteed creative freedom, and he wanted to direct it when the time came to shoot.  Alongside Lemercier, in 2009, DeMonaco brought the story to Jason Blum.

Ethan Hawke has a history with James DeMonaco that goes back to the director’s first project. Fortunately for the production, Hawke had known Blum for more than 20 years. DeMonaco was equally as thrilled about Lena Headey accepting the role of Mary Sandin, a woman who has lost her connection to her husband and has begun to feel dead inside.

Finding the home that would provide the desired focal point of forced entry on the night of The Purge was a daunting task for the crew.  As the home plays a large role in the thriller, it had to be perfect, inside and out.  Blum notes: “Our locations are very important in our movies because most of the films occur in one place.”

Considering that the film is set a mere nine years in the future, costume designer Norcia wanted to make sure the colors and designs weren’t too futuristic for the characters, yet still had a dystopic sensibility.