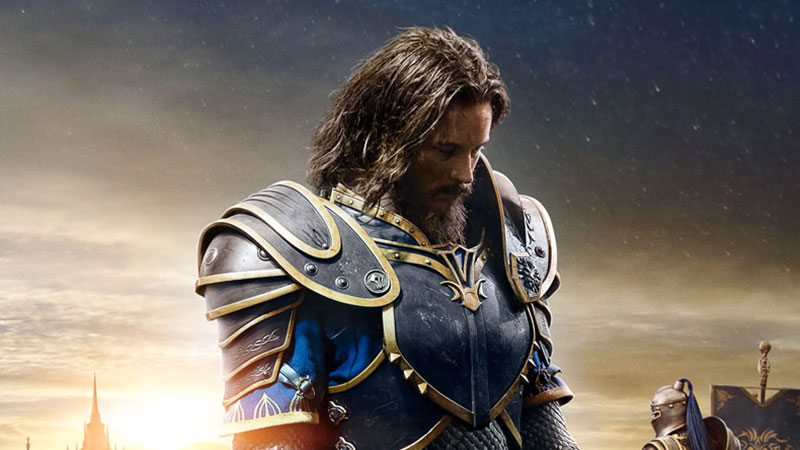 The peaceful realm of Azeroth stands on the brink of war as its civilization faces a fearsome race of invaders: orc warriors fleeing their dying home to colonize another. As a portal opens to connect the two worlds, one army faces destruction and the other faces extinction. From opposing sides, two heroes are set on a collision course that will decide the fate of their family, their people and their home. So begins a spectacular saga of power and sacrifice in which war has many faces, and everyone fights for something. 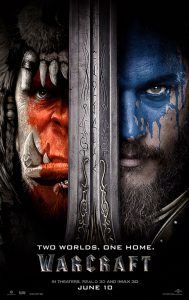 Facial capture has been done in previous films like Avatar and Rise of the Planet of the Apes, but visual effects supervisor Bill Westenhofer wanted to push the technology further. There are only a small number of companies in the world who could pull this off, and Industrial Light & Magic (ILM) was at the top of the list. They were already in the testing phase of a facial capture system when Warcraft came along. In the past, the digital information recorded from facial dot markers still required animators to finish the results. Now, they were actually able to take, almost directly, the motion from the body marker to the end product. And, as a result, it really showcased the emotional depth of the actor’s performance. By placing 120 dot markers on the actor’s faces, which small cameras, worn on headbands and suspended five inches in front of them, recorded, ILM captured every facial nuance of their performance—every blink, flinch and grimace.

Warcraft: Orcs and Humans, created by Blizzard Entertainment in 1994, was a breakthrough smash success that served as the first chapter in a trilogy that, for many fans, redefined the real-time strategy genre.  The second and third, Warcraft II: Tides of Darkness and Warcraft III: Reign of Chaos, further stoked fascination and imagination in its players, as did the best-selling novels and other popular merchandise. Today, more than a decade later, World of Warcraft boasts 100 million registered users, maintaining its ranking in the top-10 most popular MMORPGs in the world.

In 2006, Legendary Pictures announced it had acquired the Warcraft film rights and entered into a development partnership with Blizzard Entertainment to produce a live-action motion picture. During this process, blockbuster producer Charles Roven and his producing partner, Alex Gartner, were approached by Legendary’s Thomas Tull and Jon Jashni to partner in the production of a movie that would do justice to this remarkable entertainment franchise.  Legendary and Atlas had worked together since the production of Christopher Nolan’s The Dark Knight trilogy, and Warcraft would be their next monumental project together.

The filmmaking team, along with partners at Blizzard, brought writer Charles Leavitt on board to distill the franchise’s complex mythology into a feature-length epic-adventure drama.  A strategy emerged to tell the story predominantly from the perspective of the Alliance, with a brand new hero being introduced into the character array.  Naturally, in the ensuing decade, development ensued, as other premises and the ideal director were considered.

Then, in early 2013, it was announced that filmmaker Duncan Jones was on board to direct.  Finding this perfect storyteller would ultimately prove to be easier than the producers first imagined.  Best known for his BAFTA award-winning masterpiece Moon, as well as the twist-a-minute Source Code, Jones had another valuable asset to bring to the table: his intimate understanding and deeply personal love for the game.

Roven’s producing partner at Atlas Entertainment, Alex Gartner, long believed it was key for the filmic version of Warcraft to celebrate players’ experiences and welcome those unfamiliar with Draenor and Azeroth into these imaginative worlds.  He reflects that it all began with one simple rule: “What guides our films are characters.  The story has to come from incredible characters, ones you want to go on a journey with.  I don’t care how elaborate, amazing and visual the world is, if you don’t have characters that you want to be on the ride with—and ones who you want to stay with after the film ends—then you don’t have a movie.”

Director of the well-oiled machine known as Warcraft was Duncan Jones, a devout gamer and World of Warcraft player for many years.  The filmmaker admits he was very excited about the prospect of a Warcraft film long before he was considered to direct it.  Given the opportunity to meet with Blizzard and reveal his alternate approach, he recalls: “If you’re a player of the game, you know that part of its appeal is that you can be a hero, no matter what side you’re on.  So my pitch was that the film should mirror that; it should be a war movie, one which shows the heroes on both sides and treats them with equal respect.”

Bonding with these characters would be impossible without the audience connecting with the actors who portray them.  In the human world, the pivotal role of the valiant Commander Anduin Lothar is assumed by Australian actor Travis Fimmel, well known for his portrayal of Ragnar in the blockbuster drama series Vikings.

British actors Dominic Cooper and Ruth Negga brought their considerable acting prowess to the roles of Azeroth’s King Llane and Lady Taria.  Cooper walks us through why he chose the part: “I loved that the script wasn’t simply good versus evil.  Essentially, it’s about displaced people looking for a new land.   It asks, ‘Who does this land belong to?  Who is in the right?’  But the more you learn, the more you question yourself. ”

Azeroth’s power hierarchy is further complicated by the enigmatic character of Medivh, played by multifaceted actor Ben Foster.  Foster was drawn to play this role for a number of reasons, but principally for the opportunity to work with Jones.  “I had seen Moon, and clearly Duncan is a very inventive filmmaker,” shares Foster.

The other principal wizard in our story is Khadgar, a young mage who turns his back on his destiny as foreseen by the Kirin Tor, and is then inadvertently drawn into the orc conflict.  Ben Schnetzer sees his character as taking “a palpable journey through this film.

Actor Toby Kebbell is no stranger to CGI, having played Koba in Dawn of the Planet of the Apes to convincing effect.  But for the other actors—Rob Kazinsky, Clancy Brown, Daniel Wu and Anna Galvin—motion capture was a new skill set to be learned.  Donning skintight grey suits with sensors, and dot markers affixed to their faces, these actors “became” orcs, embracing the massive size and strength, movements, and mannerisms specific to their characters.

Daniel Wu (the orc warlord, Gul’dan) discloses that he was encouraged to audition for Warcraft by his wife, also an avid player of the game.  Despite his appearing in many action films in Hong Kong and doing many of his own stunts, the role of the warlord Gul’dan was one of the most physically demanding that he’s ever tackled.

To help the actors acquire the skills necessary to convincingly portray these proud savage warriors, movement choreographer Terry Notary was brought on board the massive production. Drawing from a background as a gymnast and performer with Cirque du Soleil, Notary designed the movement, mannerisms and signature styles of behavior for each of the races and characters within those groups.  He then trained the actors to find their character through that movement.

From the outset, the filmmakers were committed to honoring the worlds, characters, and stories that mean so much to Warcraft’s legions of fans, while striving to make the film a cinematic thrill for all moviegoers.  To help meet this objective, acclaimed production designer Gavin Bocquet was brought on board.   Because he was not intimately familiar with the numerous and contrasting Warcraft game environments, Bocquet admittedly had much research to do.  He spent many hours meeting with Jones and also traveled to Blizzard Entertainment’s headquarters in Irvine, California, to study the work of their concept artists.

To provide the sites necessary to control the size, scope and technical intricacies of Warcraft, it was realized early on that finding and adapting real locations would not be feasible.  Recalls Bocquet: “All our work was basically stage-orientated; that was the design idea from the beginning.  Duncan wanted to create all the environments, build what we could build and then digitally extend them, where required…but still keep the sets gritty and real so that the audience would believe we were on location, rather than creating a fantasy world.”

Filming began with the interior and exterior shots of the Lion’s Pride Inn, one of the most iconic locations within the game.A massive set design and construction effort was that of Elwynn Forest, known in the game as the heartland of the human kingdom of Stormwind.   Initially, locations in England were considered, but later dismissed.

The Elwynn set consisted of nine giant fabricated trees interspersed with live vegetation, one that was surrounded by a massive blue screen.  This provided the director with the flexibility to change backgrounds to accommodate other scenes in the story, essentially allowing the construction of this forest to play as six parts of a much larger forest—with meadows, villages or rivers showing in the background.  Because of its sheer size, it felt as if the production was shooting on location, even accommodating charging soldiers on horseback.

The only set built outside a studio, due to its grand size and scale, was the main street and courtyard leading into Stormwind.  Players will understand that the game version is a small village, enabling the avatars to move around quite quickly within it.   For the purposes of the script, Stormwind became much bigger—a walled city with a castle, cathedral, market square and main entrance.