Tron: Legacy is an American science fiction film scheduled for release on December 17, 2010 (US). It is a sequel to the 1982 film Tron. Joseph Kosinski makes his feature film directorial debut with Tron: Legacy, while the previous film director, Steven Lisberger, returns as a producer. 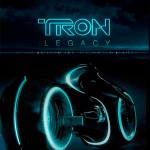 Filming began in Vancouver, British Columbia in April 2009. Stage shooting for the film took place at the Canadian Motion Picture Park studio in south Burnaby. The entire film was filmed in 3D, as was the teaser. Digital Domain is working on the visual effects.

The other cast members include Olivia Wilde, Beau Garrett, Michael Sheen and John Hurt. According to the latest trailer, the film will be presented in IMAX 3D and RealD 3D.

Sam Flynn (Garrett Hedlund), a rebellious 27-year-old, is haunted by the mysterious disappearance of his father Kevin Flynn (Jeff Bridges), a man once known as the world’s leading video-game developer. When Sam investigates a strange signal sent from the abandoned Flynn’s Arcade — that could have only come from his father — he finds himself pulled into a world where Kevin has been trapped for 20 years. With the help of the fearless warrior Quorra (Olivia Wilde), father and son embark on a life-or-death journey across a visually-stunning digital universe — created by Kevin himself — which has become far more advanced with never-before-imagined vehicles, weapons, and landscapes and a ruthless villain who will stop at nothing to prevent their escape.