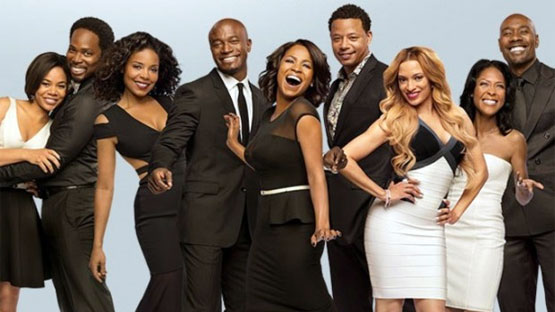 After nearly 15 years apart, Morris Chestnut, Taye Diggs, Regina Hall, Terrence Howard, Sanaa Lathan, Nia Long, Harold Perrineau, Monica Calhoun and Melissa de Sousa reprise their career-launching roles in The Best Man Holiday, the long-awaited next chapter to the film that ushered in a new era of comedy. Malcolm D. Lee returns to write and direct this sequel to his directorial debut.  He also produces the film for Blackmaled Productions. 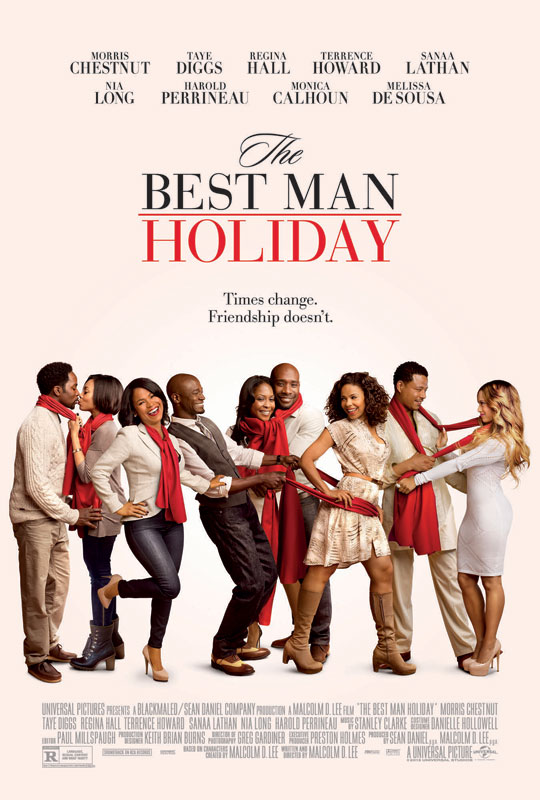 The cast and crew got to experience another scene that will undoubtedly be the topic of much discussion. The day featured hundreds of extras, multiple cameras and singers ANTHONY HAMILTON and MARSHA AMBROSIUS with their take of Stevie Wonder’s iconic song “As.”

As moviegoers grew attached to The Best Man during its theatrical run and subsequent life in home entertainment, Lee grew to understand just how identifiable and beloved the characters he dreamt up were becoming. Harold Perrineau, who plays Julian, discusses why the film struck such a nerve among audiences and grew to become such a classic: “It resonated with the African-American community because it feels real.  The characters and circumstances all feel relatable and genuine, and they hit home with the audience.”

Lee reached out to his former collaborators with a concrete proposition.  “I called everybody up in late 2011 and said, ‘I’ve got an idea for a sequel to The Best Man, but I want us all to get in the same room again.  It’s been a long time,” Lee recollects.  “I told them, ‘If you like it, great, and if you don’t, then at least we will have seen each other and caught up.’  So we all got together, and they were all excited about the idea.” Sanaa Lathan, who plays Robyn, recalls that night: “Malcolm wanted to know we were all on board before he did all the work.  The pitch had us riveted, and by the end, we said: ‘We’re on board.  Write it!’”

While love, family and friendships are at the core of the film, nothing would be complete without a perfect house to welcome everyone for the holidays.  To make sure that occurred, The Best Man Holiday was shot on location in Toronto and Buffalo, NY. Production designer Keith Burns set about looking for the right home, and after weeks of searching he found it in Toronto’s most prestigious neighborhood, the Bridle Path.

It wouldn’t be a Best Man movie without a signature soundtrack and killer moves.  To make sure the cast was ready, the filmmakers chose seasoned choreographer Jamal Sims to prepare the male castmembers for a scene in which Harper, Lance, Murch and Quentin entertain Robyn, Jordan, Mia, Candace and Shelby by dancing to New Edition’s “Can You Stand the Rain.”

For the stage-trained Taye Diggs, learning the choreography was worth the effort.  He shares: “It was not easy for any of us, so we were just so proud of ourselves when we got it down.  It was one of the best shooting days for me.  There was so much energy, and nobody had to act.  We were sweating; the girls were screaming.  It was a good time.”