Wall Street: Money Never Sleeps is an American drama film directed by Oliver Stone. It is a sequel to the 1987 film Wall Street, and the first sequel Stone has directed. Michael Douglas reprises his role as Gordon Gekko in the film. The film stars Shia LaBeouf, Josh Brolin, Carey Mulligan, and Frank Langella in supporting roles. 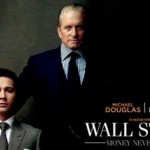 Stone stated that a majority of Wall Street: Money Never Sleeps filming will take place at the Federal Reserve Building, and that The New York Stock Exchange, whose trading floor was a frequent image and major location in the first film, will be less prominent

Set in New York City, the film takes place 23 years after the original, revolving around the 2008 financial crisis. The film’s plot mainly centers around the reformed Gekko acting as more of an antihero rather than a villain and follows his attempts to help Wall Street before its soon-to-be stock market crash as well as trying to repair his relationship with his daughter Winnie with the help of Jacob, Winnie’s fiance. In return, Gekko helps Jacob get revenge on the man he blames for his mentor’s death.

The film’s story and screenplay are written by Bryan Burrough, Allan Loeb and Stephen Schiff, respectively. The film will be produced by Stone, Douglas, Edward R. Pressman, co-produced by Eric Kopeloff and executive produced by Alessandro Camen and Celia D. Costas. In September 2009, the film began principal photography in New York and finished filming in November. Despite originally having a tentative February 2010 release date, and a release date of April 21, the film is set to be released theatrically on September 24, 2010.

Michael Douglas reprises his role as Gordon Gekko. In the film, Gekko has recently been released from prison and, after a failed attempt to warn business leaders of the imminent economic downturn, he decides to try to rebuild a relationship with his estranged daughter Winnie.

In October 2008, shortly after Fox greenlit the film, Douglas began to show interest in reprising his role in the film, but said that he would only reprise his role if he liked the script. Stone said “it was as if the role was custom-made for the actor” and added that “the consistency between Gordon Gekko and Michael Douglas was in their charisma and passion, except that Gekko’s motives were malevolent” and “both are survivors… men who find a way to succeed, who have willed themselves to second acts in their lives.“