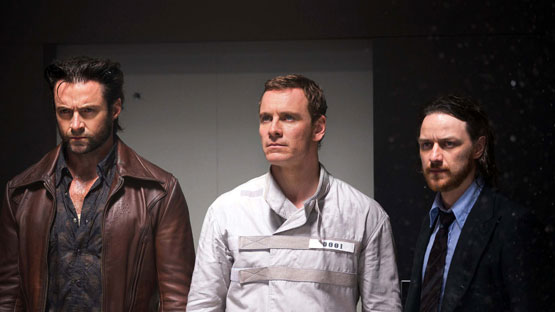 The ultimate X-Men ensemble fights a war for the survival of the species across two time periods in X-MEN: DAYS OF FUTURE PAST. The beloved characters from the original “X-Men” film trilogy join forces with their younger selves from the past, “X-Men: First Class,” in order to change a major historical event and fight an epic battle that could save our future. 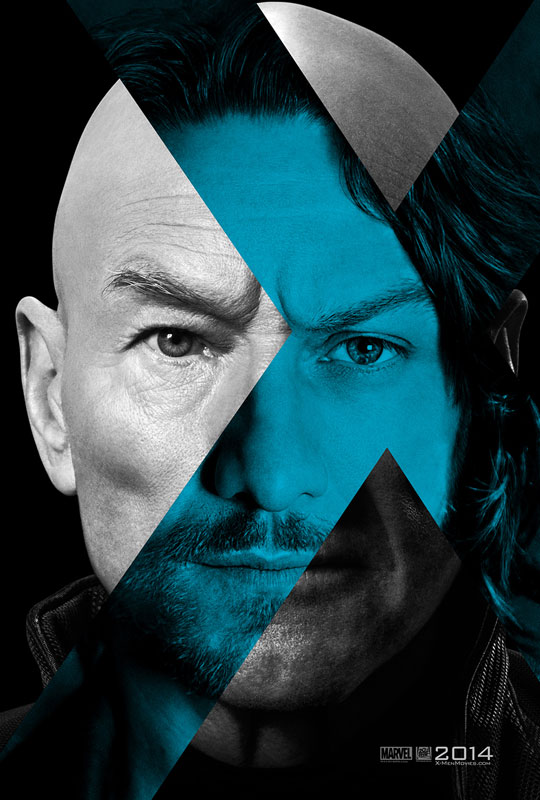 The costume department had to set up a massive tent in one of the parking lots next to the stages to accommodate the department store-sized wardrobe. On numerous shoot days the team had the task of dressing up to 600 extras in period clothing, the tent served as their base camp. The task took tremendous organization not only for the costume department but make-up, hair and props as well.

Director Bryan Singer reinvented the comic book genre as we’ve come to know it. With the debut of the hugely successful “X-Men” in the summer of 2000, Singer established nothing less than a new creative aesthetic in his motion picture adaptation of the beloved comics stories and characters. That film was followed by Singer’s even more successful “X2” in 2003.

In “X-Men: Days of Future Past,” Singer returns to the director’s chair to expand upon his vision for the X-Men universe. It’s a huge and provocative story propelled by richly conceived characters. Producer Hutch Parker believes it is “a combination of Bryan’s love, attention and respect for these characters” that makes the director’s X-Men films so compelling.

Singer reunites with the cast of the original X-Men films, as well as the young cast of “First Class,” on which he wrote the story and served as a producer. From the original trilogy, “X-Men: Days of Future Past” toplines Hugh Jackman, Patrick Stewart, Ian McKellen, and Halle Berry; and from “First Class,” it stars Jennifer Lawrence, James McAvoy, Michael Fassbender and Nicholas Hoult. “It was a thrill to cast these people, both in the original X-Men films and also in ‘First Class,’” Singer notes, “and at that time, several of them had little to no experience with films of this scope. Hugh came from a musical theater background. Jennifer had done only small independent films like ‘Winter’s Bone.’ Over the years their careers have evolved, gained momentum and garnered tremendous recognition. The coming together of the original family and the new one has been exciting for us all.”

Hugh Jackman is the tie that binds the days of future and past. Jackman has played the character of Wolverine seven times over 14 years, which he describes as an “incredible and rare gift.” It is the character that has defined his career, but has never limited him as an actor. Jackman knows Wolverine better than anyone, and he describes Logan’s return to the X-Men universe as a “rebirth.”

Patrick Stewart, who has played Charles Xavier/Professor X for over fourteen years, was not surprised that his character was returning in “Days of Future Past.” The success of the franchise has been impressive and Stewart could see where the stories were headed. And besides, “It’s going to take James McAvoy a year or two before he actually looks like me,” he jokes.

Principal photography on “Days of Future Past” began April 15, 2013 in Montréal, Quebec, Canada. The production was based at Mel’s Cité du Cinema (commonly referred to as simply “Mel’s”), a 27 acre studio facility on the Île de Montréal overlooking the St. Lawrence River. Comprised of seven soundstages, totaling 116,500 square feet as well as 143,000 square feet of office space, “Days of Future Past” morphed and mutated every square foot to meet its massive filming needs.

Two-time Oscar-winning production designer John Myhre (“Memoirs of A Geisha,” “Chicago”), along with his talented art department led by supervising art director Michele Laliberte and Academy Award-winning set decorator Gordon Sim had the daunting task of overseeing the design, creation and construction of the film’s forty built sets, as well as the production design and art direction of the movie’s thirty-six practical locations in and around the metropolitan Montréal area.