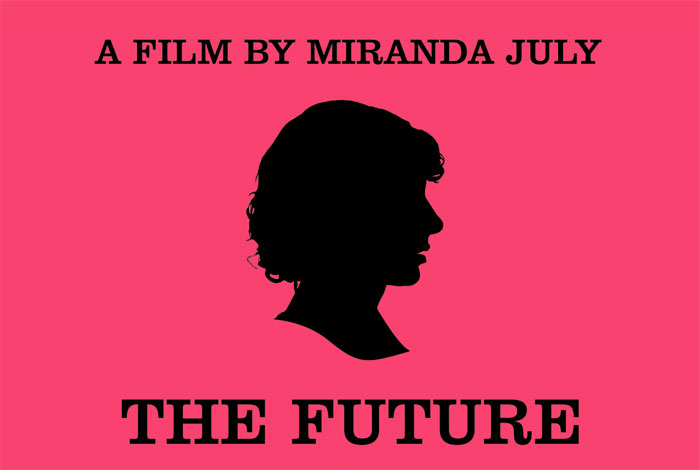 The Future directed by Miranda July, Hamish Linklater,  Miranda July as an actor, David Warshofsky, Isabella Acres  and Joe Putterlik tells the story of a thirty-something couple who, on deciding to adopt a stray cat, change their perspective on life, literally altering the course of time and testing their faith in each other and themselves. 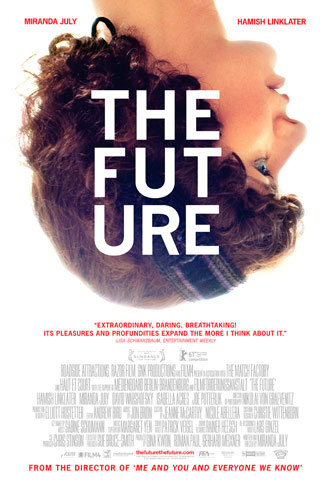 Sophie and Jason are strange the way all couples are strange when they’re alone. They live in a small LA apartment, have jobs they hate, and in one month they’ll adopt a stray cat named Paw Paw. Like a newborn baby, he’ll need around-the-clock care – he may die in six months, or it may take five years. Despite their good intentions, Sophie and Jason are terrified of their looming loss of freedom.

So with just one month left, they quit their jobs, and the Internet, to pursue their dreams  – Sophie wants to create a dance, Jason wants simply to be guided by fate. But as the month slips away, Sophie becomes increasingly, humiliatingly paralyzed. In a moment of desperation, she calls a stranger, Marshall – a square, fifty-year-old man who lives in the Valley.

In his suburban world she doesn’t have to be herself; as long as she stays there, she’ll never have to try (and fail) again. Living in two terrifyingly vacant and different realities, Sophie and Jason must reunite with time, space and their own souls in order to come home.

The Future is the first collaboration of Gina Kwon’s Los Angeles based GNK Productions and Gerhard Meixner’s and Roman Paul’s Razor Film in Berlin.

After the first Miranda July feature she had no interest in making another movie immediately. She finished writing a book of short stories and then wrote a performance called Things We Don’t Understand and Definitely Are Not Going To Talk About. Like The Future, which evolved out of it, this performance was about an affair, but the couple was played by a real couple I chose from the audience. She didn’t tour with it because ultimately it was really hair-raising to pull off each night. ” I’d been lucky so far, but there was so much that could go wrong.  Also, I was ready to think about writing a script again and hungry to tell the story in a more intricate way.” Miranda July