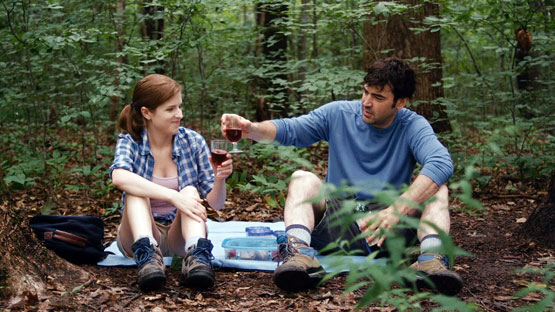 Kate (Olivia Wilde) and Luke (Jake Johnson) work together at a craft brewery. They have one of those friendships that feels like it could be something more. But Kate is with Chris (Ron Livingston), and Luke is with Jill (Anna Kendrick). And Jill wants to know if Luke is ready to talk about marriage. The answer to that question becomes crystal clear when Luke and Kate unexpectedly find themselves alone for a weekend. 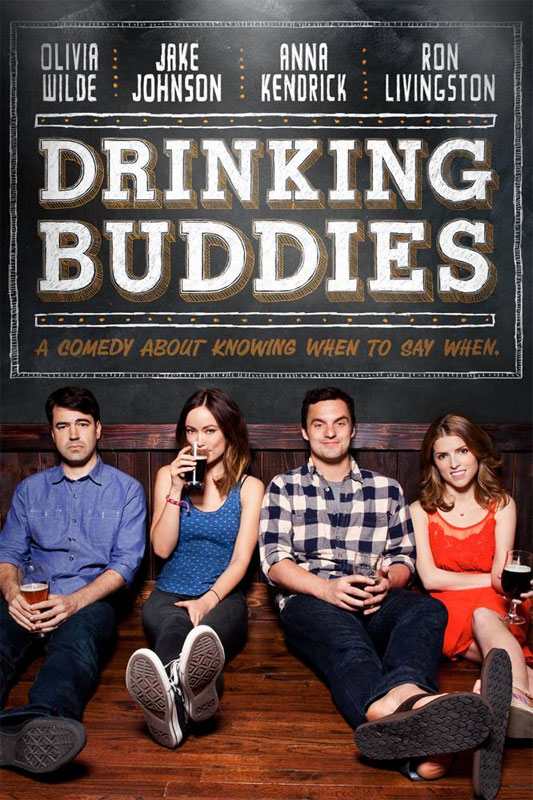 ” I loved making this film. I felt inspired on an entirely new level. We were set free and dared to be honest. Joe Swanberg is brilliant, because he allows the actors to feel safe while letting go of their typical process, and he is a master editor. ” – Olivia Wilde

What was the inspiration for this project?
The inspiration originally came from two places: The first was studio comedies of the early 1970’s, specifically BOB & CAROL & TED & ALICE and Elaine May’s THE HEARTBREAK KID, which were both mainstream films (and big hits!) that portrayed complicated, interesting characters and adult points-of-view. The most important lesson I took from these films is that they never forgot to be funny, which earned them the space to also be complex and challenging.

The second inspiration was the craft beer world. Craft beer is the most exciting business in America right now, if you ask me, and I wanted to get inside a world that I love. I’m a home brewer and a craft beer advocate, and as the years passed, I realized that nobody was making a movie about it.

How do you write your films?
I start with a few broad subjects or themes that I’m interested in and I work with my collaborators to generate specific ideas.  This usually happens through phone calls and emails, in a very casual way, as opposed to writing sessions with a specific goal in mind.  As certain ideas start to solidify, I will create an outline to give the film some shape.

How did you work with the actors?
Working with actors remains the most inspiring part of the filmmaking process for me, and DRINKING BUDDIES allowed me to devote most of my energy to this.  I was lucky to have a few days with Olivia and Jake before we started shooting, and I used this time to familiarize them with the Chicago craft beer world.  We brewed beer together in my basement, so they could see how it’s made, and then we took a trip to the Three Floyd’s brewery, where my friend Andrew Mason, who brews there, showed them around.

I knew I wasn’t going to turn either of them into beer experts in 2 days, but I wanted them to soak up the atmosphere and get a sense of the people who work in a brewery.  During this beer boot camp, we were also discussing the characters and the story and finding ways to plug Olivia and Jake’s experiences into the story.