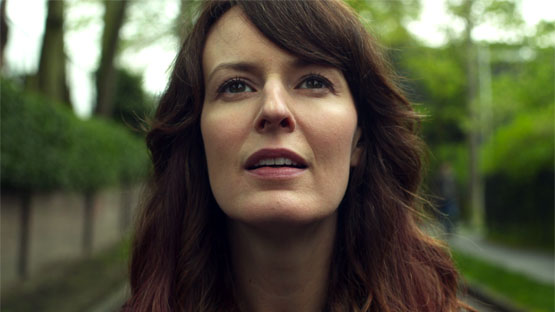 Touchy Feely is a closely observed examination of a family whose delicate psychic balance suddenly unravels. Abby (Rosemarie DeWitt), is a sought after massage therapist and a free spirit, while her brother Paul (Josh Pais) thrives on routine and convention, running a flagging dental practice and co-dependently enlisting the assistance of his emotionally stunted daughter Jenny (Ellen Page). 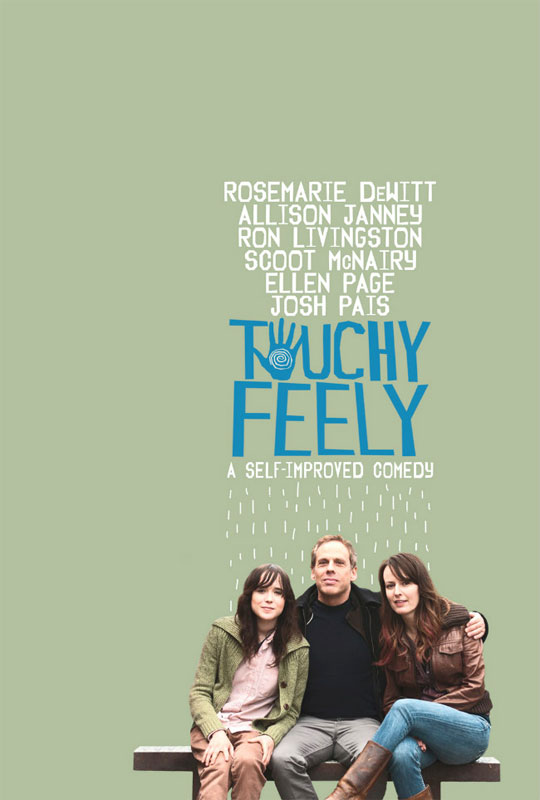 Over the past few years director Lynn Shelton has established herself as a distinct helmer of offbeat indie dramedies, with her two latest features (Humpday and Your Sister’s Sister) offering an artfully measured ratio of two parts quirky comedy to one part soul-searching drama.

For her latest feature, Touchy Feely, Lynn Shelton decided it was time to explore something new. “My previous three films had three main characters and one key location,” Shelton explains. “I wanted to break out of that formula and do something more expansive. I was drawn to the idea of an ensemble cast, something along the lines of Short Cuts or Hannah And Her Sisters.”

While the production schedule of Touchy Feely afforded Shelton more than three days between offering her lead actress the part and rolling the cameras, it was certainly not without its own hectic escapades. Indeed, Rosemarie DeWitt’s rising popularity in Hollywood threw the production for a bit of a loop. “I started putting the film together in my mind in the spring of 2011,” Shelton explained.

In addition to the idea of working with a larger cast, Shelton was also intrigued by the prospect of making a more aesthetically oriented film, something she hadn’t done in quite some time.

Stressful as the prep for the shoot may have been, from the actors’ recollections it sounds – unsurprisingly – that the positive energy so many of Shelton’s characters (attempt to) channel was reflected in the vibe on-set. For Rosemarie DeWitt, a big part of the desire to work with Shelton a second time came from her personal feelings toward the filmmaker, as well as their similar artistic sensibilities.

As the film was something of a step in a new direction for Shelton, she decided to edit the feature as well – the first time she’s done that since her second feature, My Effortless Brilliance. “Editing was the last thing I wanted to give up, because for me editing is the place where the artistic vision really comes in.”

Touchy Feely is about the experience of living in one’s own skin, both literally and figuratively. The film, written and directed by Shelton, and co-starring Allison Janney, Ron Livingston, and newcomer Tomo Nakayama (of the indie rock band Grand Hallway), is filmed on location in Shelton’s hometown and urban muse of Seattle.