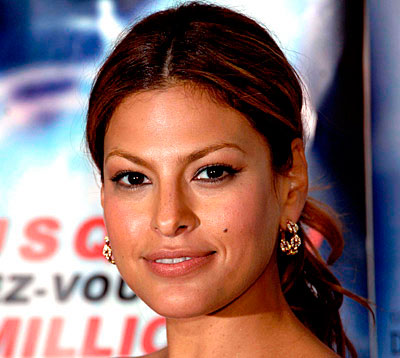 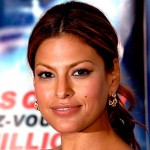 Eva Mendes appeared nude in an ad for Calvin Klein’s Secret Obsession perfume. The ad was banned from airing in the United States

Eva Mendes(born March 5, 1974) is an American actress and model. She began acting in the late 1990s, and after a series of minor roles and performances in several smaller films.

Eva Mendes was born in Miami, Florida, to Cuban parents, and was raised in the Los Angeles suburb of Glendale by her mother after her parents’ divorce; Mendes has said that her mother “suffered so much to make my life OK” during her early years.Mendes was raised a Roman Catholic and aspired to be a nun. As a child, Mendes was teased about her buck teeth.

Eva Mendes never saw herself as an actress while she was young and pursued other interests. She attended Hoover High School in Glendale and later attended California State University, Northridge to study marketing, but dropped out after wanting to begin an acting career. She studied acting under the acting teacher, Ivana Chubbuck.

Eva Mendes caught the eye of an agent who convinced her to pursue acting more steadily. She appeared in Will Smith’s video “Miami” and the Pet Shop Boys’ music video for “Se a vida é (That’s the way life is)” in 1996 and Aerosmith’s video “Hole in My Soul” in 1997, to guest roles in soap operas and supporting film roles. Her first film appearance was in the direct-to-video Children of the Corn V: Fields of Terror.

Mendes received her first big-screen break when she appeared in Training Day. That performance led to roles in Stuck on You, Once Upon a Time in Mexico, and as the female lead in the comedy Hitch opposite Will Smith. Her role in Once Upon a Time in Mexico also earned her a nomination at the Teen Choice Awards. Eva Mendes costarred in Ghost Rider with Nicolas Cage, who she was to work with again in Bad Lieutenant: Port of Call New Orleans in 2009, and also starred alongside Joaquin Phoenix, Mark Wahlberg, and Robert Duvall in the film We Own the Night, and Gabriel Macht, Samuel L. Jackson and Scarlett Johansson in The Spirit.

Eva Mendes was announced as the international face of Australia’s 30 Days of Fashion & Beauty event in July 2008. She made guest appearances in that country at the month-long festival in September.

On September 4, 2008, Mendes announced she was launching a line of bed linens available in Macy’s stores. In October, she toured various stores in Europe including Harrods to promote Calvin Klein’s Seductive Comfort line of lingerie.

In early 2008, Mendes entered a rehabilitation facility in Utah for several weeks for substance abuse problems. In a statement, her representative said that she had been “working hard for the past year and made a positive decision to take some much-needed time off to proactively attend to some personal issues that, while not critical, she felt deserved some outside professional support.”