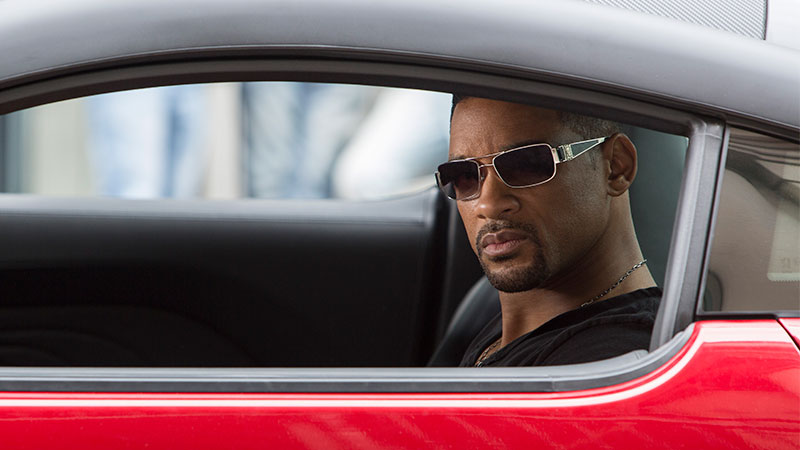 Will Smith stars as Nicky, a seasoned master of misdirection who becomes romantically involved with novice con artist Jess (Margot Robbie). As he’s teaching her the tricks of the trade, she gets too close for comfort and he abruptly breaks it off. Three years later, the former flame—now an accomplished femme fatale—shows up in Buenos Aires in the middle of the high stakes racecar circuit. 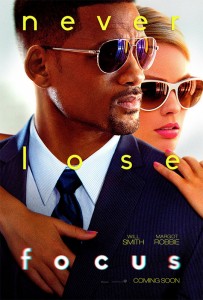 The IndyCars featured in the film are Bryan Herta Autosport, Andretti Auto Sport, and the Midas car of Rahal Letterman Lanigan Racing, of which David Letterman is part owner.

“Focus” was written and directed by Glenn Ficarra & John Requa. Denise Di Novi is the producer, with Charlie Gogolak and Stan Wlodkowski serving as executive producers. Denise Di Novi, the film’s producer, had worked with Requa and Ficarra previously on “Crazy, Stupid, Love.” “I knew how talented they were,” she says, “but when I read the first draft of ‘Focus,’ I was just blown away by how clever, how emotional, how glamorous and smart the script was, and how well all the elements came together, like a Chinese puzzle.”

According to Ficarra, “When we first thought about casting Nicky, we thought it would be great if Will Smith—who we all know is an affable, charming guy—would be interested in playing this man who can draw anybody in, but underneath it’s all an act.”

The actress credits Smith’s generous nature for their instant rapport. “Will’s the best. He’s hilarious, he has such a positive presence and he’s so accommodating and lovely. I actually forgot that he has such a high profile and huge fan base—until we got to Argentina and suddenly there were thousands of people outside the trailer on our first day of shooting there!”

Ficarra was impressed by the actor’s creativity in the role. “I thought we’d written a really fun character, but Adrian put together a really full character. He took Farhad to the next level and fleshed him out in some really intriguing, unexpected ways.”

The filmmakers brought in Rodrigo Santoro, with whom they’d worked before, to take on the role of the racing tycoon. “Rodrigo found such interesting ways to play him,” Requa states. “As opposed to just portraying him as a macho, powerful Latin villain, he infused him with an air of petulance, a quality that I think really deepened him.” While researching the role, Santoro rode in a two-seater IndyCar at over 200 miles per hour, an unforgettable experience that opened his eyes to the allure of the sport.

When it came time to prep the actors, the filmmakers brought in world-renowned expert Apollo Robbins, known as The Gentleman Thief, to conceive and choreograph original sleight-of-hand maneuvers and to teach Smith, Robbie and the other cast members the tricks of the confidence trade.

“Focus” takes place in three distinctly different, world-famous cities: New York, New Orleans and Buenos Aires. Happily, the filmmakers were able to shoot in each locale, beginning in the Bayou State. One of Mickle’s biggest undertakings was to replicate the setting of a championship football game taking place in town, the very reason Nicky and his crew are there. “We had to stage a fake game that Nicky and Jess attend, and all of the hoopla that goes with it.” While they were able to shoot at an actual pro stadium, they needed to create their own league and teams, including signage, merchandise, and so forth—everything a fan would see around town and at the arena. Pre-existing advertisements around the field were altered via CGI in post-production.

Though the racecar circuit sequence takes place in Buenos Aires, a portion of those scenes were shot at the NOLA Motorsports Park in Avondale, 20 minutes from downtown New Orleans.

Attentive to the way the songs and the score will enhance what’s on screen, Ficarra and Requa once again turned to composer Nick Urata, who co-scored “Crazy, Stupid, Love.,” to create an appropriately evocative listening experience.