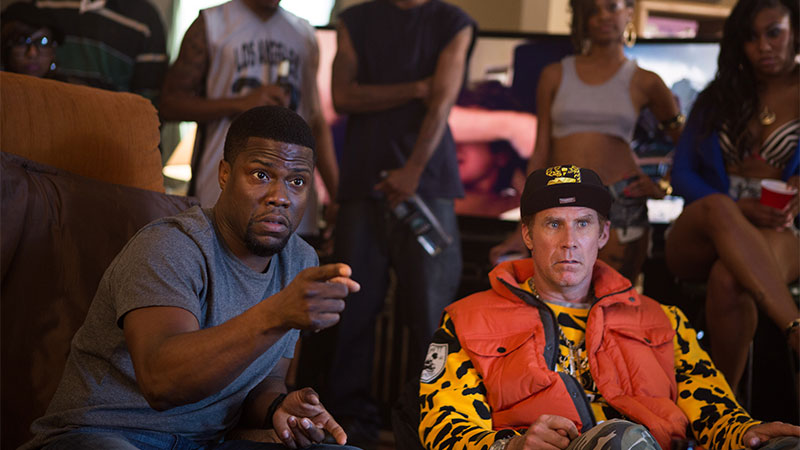 When millionaire hedge fund manager James (Will Ferrell) is nailed for fraud and bound for a stretch in San Quentin, the judge gives him 30 days to get his affairs in order. Desperate, he turns to Darnell (Kevin Hart) to prep him for a life behind bars. But despite James’ one-percenter assumptions, Darnell is a hard-working small business owner who has never received a parking ticket, let alone been to prison. 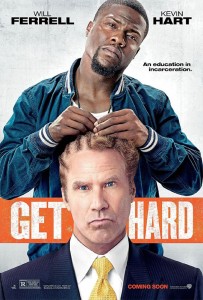 The idea for “Get Hard” originated with producing partners Will Ferrell and Adam McKay imagining what the average person might do if suddenly seized from a nice, comfortable life and confronted with the prospect of a 10-year stretch behind bars.  “It’s one of those nightmares you have about how you might survive,” says Ferrell. He gets no argument there from Kevin Hart. “I’d give him seven minutes,” jokes Hart, who stars opposite Ferrell in this outrageous comedy.

“The story really sprang from the casting,” states McKay. “Once we put Kevin into the equation, it all came together.” Ferrell, McKay, and producer Chris Henchy then tapped noted screenwriter Etan Cohen to direct. Says Henchy, “We’ve known Etan for years, and he was writing “Beavis and Butthead” episodes while he was still in college.” For Cohen, who also shares writing credit with Jay Martel and Ian Roberts, it’s all about the chemistry of his two combustible leads. “When I heard it was Will and Kevin I wanted to dive right in,” he says.

“The movie deals with stereotypes in a funny, clever way and we make fun of all of them,” says Hart. “It helps to draw attention to the stupidity.”

“Get Hard” was shot mainly in Jefferson Parish and other New Orleans locations, doubling for Southern California. To establish the 30th floor office space occupied by James and his boss, production designer Maher Ahmad shot the 9th floor of a building on Poydras Street, into which wraparound views of Century City were later inserted.

To represent James’ luxurious home, the production combined elements of two existing grand structures. Their primary location was perfect for the majority of shots. both inside and out, but didn’t have quite the grand bedroom space Cohen imagined so Ahmad turned the living room of a second local mansion into a lavish bedroom and balcony where James likes to greet the day (and his flinching staff) like a Silverback surveying his domain — au natural, of course. On a stage set, the designer also built a sumptuous wine cellar as a symbol of privilege that is subsequently degraded into mock Cell Block 4, with a cot, hot plate, clothesline, and bars that Darnell fashions out of his client’s high-end golf clubs and ski poles.

Joining Ferrell and Hart as they try to whip James into shape for his worst-case scenario, are T.I. “Tip” Harris as Darnell’s estranged cousin, Russell, a genuine gang-banger and head of the formidable Crenshaw Kings; Alison Brie as James’ socialite girlfriend Alissa, who can’t do enough for her “big, strong man” so long as he’s paying the bills; and Craig T. Nelson as Alissa’s filthy-rich father, Martin, from whom she gets her questionable values.