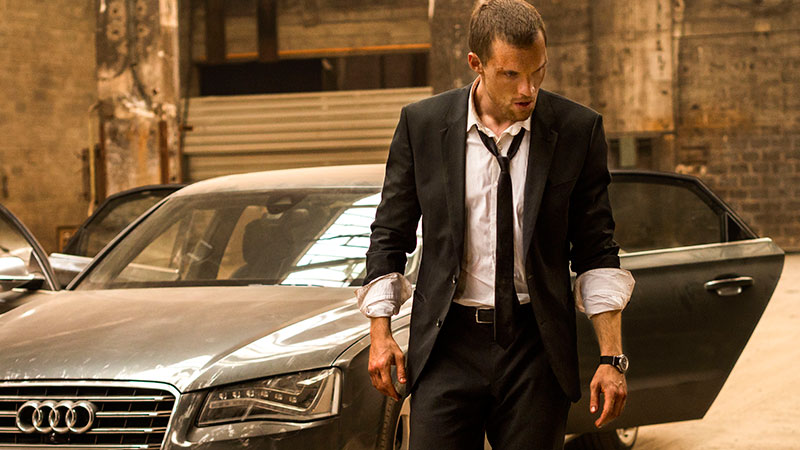 Known to the French Riviera’s criminal underworld as the best driver money can buy, soft-spoken Frank Martin (Ed Skrein) will deliver any “package” for a price. He abides by three simple rules: no names, no questions and no renegotiations. But his rulebook goes out the window when he is tricked by gorgeous femme-fatale Anna (Loan Chabanol) into driving the getaway car for an ingenious bank robbery. 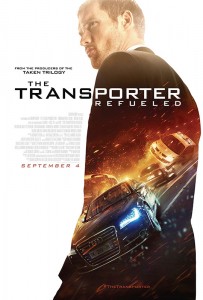 The original Transporter trilogy,released between 2002 and 2008, focused primarily on tough male characters. Refueled expands the scope of the storytelling by including a diverse roster of badass women.

When French filmmaker Luc Besson decided to reboot his hugely popular action franchise with a younger cast and a fresh storyline, he turned to longtime collaborator Camille Delamarre, who had just made his feature directorial debut on the dystopian thriller Brick Mansions, to helm the film.“I had edited Transporter 3 and directed action scenes from the ‘Transporter’ television series, so I was already familiar with that world,” says Delamarre.

The script by Bill Collage, Adam Cooper and Luc Besson offered an entirely new take on the high-octane action series, which centers on a tough, tight-lipped, highly skilled driver-for-hire.

To step into the iconic role of professional wheelman Frank Martin, the filmmakers knew they needed a talented young actor with the extraordinary physicality required to handle both the extensive fight choreography and the heart-stopping driving scenes that are so central to the franchise. Relatively unknown British actor Ed Skrein turned out to be the obvious choice, says Delamarre, especially once he received the stamp of approval from legendary stunt coordinator Alain Figlar. “Luc Besson sent his initial choices for the role to Alain, who tested the actors for a few days to see if they could meet the challenge” says Delamarre. “He came to the conclusion that Ed was perfectly suited for the job.”

Before Skrein got a chance to drive the Audi S8 2012 sedan that was his near-constant companion during filming during production, he took a crash course in high-speed auto racing.  Skrein put his newly acquired driving skills to the test on the second day of shooting.

To contrast with Frank’s quiet demeanor, the filmmakers sought to cast the role of his father, Frank Sr., with an actor who radiates outgoing charm. They found their man in veteran British character actor Ray Stevenson. Father and son come together under duress thanks to the kidnappings, robberies and gun fights orchestrated by the cunning women who take charge in Refueled. Anna, portrayed by Paris-born actress Loan Chabanol is the leader of this pack of fierce beauties.

The Transporter Refueled was shot largely on location in Monaco and other parts of the French Riviera between Nice and Menton. To capture the picturesque Côte d’Azur’s sun-dappled setting, Delamarre brought on Canadian director of photography Christophe Collette.