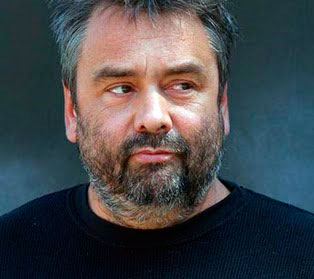 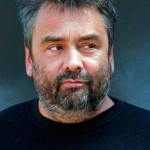 Luc Besson ( born 18 March 1959) is a French film director, writer, and producer. He is the creator of EuropaCorp film company. He has been involved with over 50 films, spanning 26 years, as writer, director, and/or producer.

Besson was born in Paris to parents who were both Club Med scuba diving instructors. This had a profound influence on his childhood as Besson planned on becoming a marine biologist. He spent much of his youth traveling with his parents to tourist resorts in Italy, Yugoslavia and Greece. The family returned to France when Besson was 10. His parents promptly divorced and were remarried to other people. “Here there is two families, and I am the only bad souvenir of something that doesn’t work“, he said in the International Herald Tribune. “And if I disappear, then everything is perfect. The rage to exist comes from here. I have to do something! Otherwise I am going to die.”

Out of boredom, he started to write stories, including the backdrop to what later became one of his most popular movies, The Fifth Element. Luc Besson directed and co-wrote the screenplay of this science fiction thriller with the screenwriter, Robert Mark Kamen. The film is inspired by the French comic books Besson read as a teenager. He also reportedly worked on the first drafts of Le Grand Bleu while still in his teens.

At 18,  Luc Besson returned to his birthplace of Paris. There he took odd jobs in film to get a feel for the industry. He worked as an assistant to directors including Claude Faraldo and Patrick Grandperret. Besson also directed three short films, a commissioned documentary, and several commercials.

After this, he moved to the United States for three years, but returned to form his own production company which he called “Les Films du Loup”. The name was later changed to “Les Films du Dauphin”.

Critics cite Besson as being a pivotal figure in the Cinéma du look movement, a specific style of film being made in the 1980s into the early 1990s. Subway, The Big Blue and Nikita are all considered to be of this stylistic school. The term was coined in a 1989 essay, in La Revue du Cinema n° 449, by Raphaël Bassan, in which Besson was lumped with two other directors who shared “le look.” These directors were said to favor style over substance, spectacle over narrative.

Luc Besson was married to Anne Parillaud, who starred in Nikita, a film he wrote and directed. They have one daughter. He later dated model Maïwenn Le Besco. Their daughter, Shana Besson, was born in 1993. Besson married Milla Jovovich on  December 14, 1997, but they divorced in 1999. On  August 28 2004, Besson married Virginie Silla, a film producer.