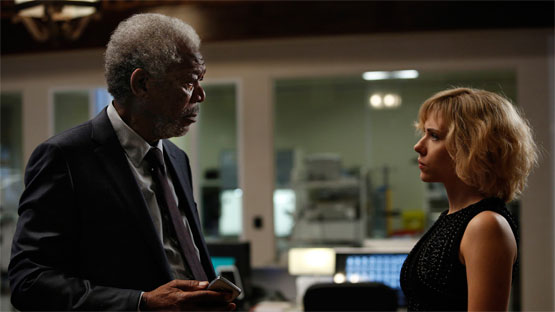 The human brain and its capabilities have long puzzled and deeply fascinated the most accomplished of scientists. While it has customarily been understood that we tap into much less of our mind’s capacity than we are capable of using, the exact percentage has remained uncertain…and ever fluctuating. With that arresting thought in mind, writer/director Luc Besson took the premise as a starting point for a storyline for his new film. He imagined what it would be like if we could access the furthest reaches of our brain, asking himself how that would affect our understanding of life…and our role in it. He pondered: “Would we have more control over ourselves and others?” 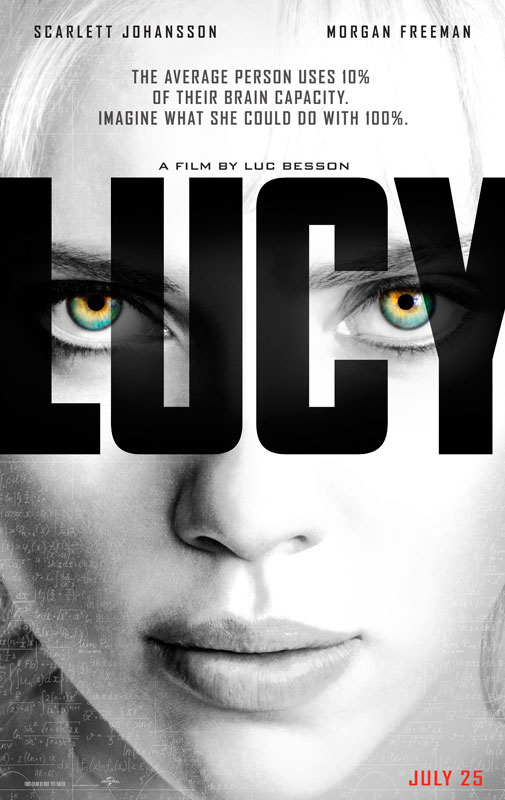 After Lucy flees Taiwan, she ends up in Paris, where some of the most nail-biting action scenes of the production were shot. Key locations include the famed Rue de Rivoli, just near the Louvre Museum and the Tuileries Garden, the world-renowned Sorbonne University, the Val-de-Grâce military hospital, where high-ranking French officials are treated, and a bustling flea market.

Producer Virginie Besson-Silla, who has worked with Luc Besson on three previous filmsreveals that the writer/director actually tinkered with the concept 10 years ago: “The basis of the story was there, but I don’t think Luc was quite ready. I believe he wanted to let it mature.” She pauses, “So he took all those years to finally come back to it.”

Although Luc Besson believed that the idea of expanding one’s brain capacities made for tremendous action-thriller material, he was particularly intent on grounding—at least in part—Lucy in scientific fact. The filmmaker offers: “After I met with a few scientists, I was amazed by what they told me: about cancer, about cells, about the fact that we have hundreds of billions of cells that communicate with one another. Apparently, each cell sends out something like 1,000 signals per second. The Web is nothing compared to that. It took me a few years to find the right balance between what is real and what is fantasy.”

To portray the lead in his latest film, he needed to find an actress who could be believable as extremely vulnerable, as well as superpowered, when her exposure to an illicit substance inadvertently makes her acquire incredible skills. For the role, Besson and his producer reached out to Scarlett Johansson. Besson was impressed by the actress’ discipline. He explains that she was precise and professional from the get-go. Johansson acknowledges that even though she was initially disoriented by the screenplay’s nonlinear structure, she knew that she could trust the director.

The production was fortunate enough to have Academy Award® winner Morgan Freeman join the team as the world-renowned neurologist whose lifelong focus is how we access the information stored in our brain. As Freeman is quite a science buff, and particularly enthusiastic about the mind’s capacity, the actor was a natural choice.  Besson-Silla was also thrilled to see Freeman come aboard. “Morgan is one of the only people who could play God,” she enthuses.

The producer agrees that Mr. Jang is the epitome of evil. “He has no limits,” Besson-Silla reflects.  Even though Choi Min Sik, a South Korean actor did not speak a word of English or French, Besson believed that he would fit the role perfectly. Says the director: “It’s funny because our body language was our communication system. I’d play the scene, and he’d show me what he made of it. We communicated almost like monkeys at first!”

When Besson wrote the first version of the script for Lucy 10 years ago, he intended for the action to be set in Taipei, Taiwan. He had gone to the city in 1994 on a promotional tour for The Fifth Element and loved the people and the feel of the city. When the time came to scout locations for this action-thriller, the filmmakers considered a few different Asian cities to lens the picture—for budget and logistical purposes. Says Besson: “The funny thing is that, in the end, we shot in Taipei and picked the very hotel I’d stayed in 20 years ago. I couldn’t have come up with anything better than what I had on my mind all those years.”