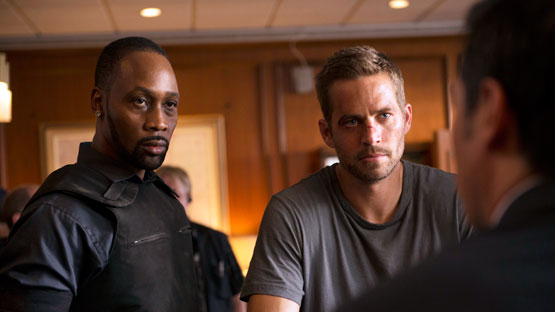 In a dystopian Detroit, abandoned homes from better times house the city’s most dangerous criminals. These are the grim, apocalyptic housing projects known as Brick Mansions. Unable to control the rampant crime, the authorities have walled Brick Mansions in, supposedly to protect the rest of the city from its lawless, violent, degenerate inhabitants. 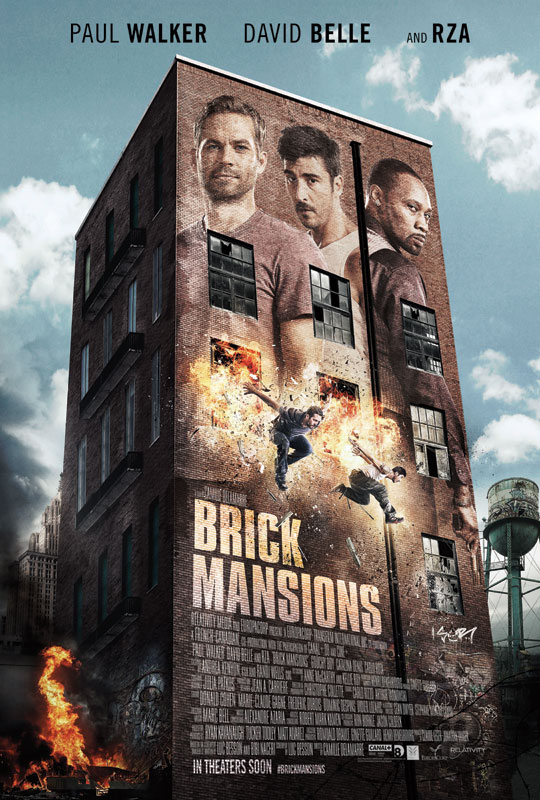 Paul Walker, who plays the undercover cop to Belle’s crusader Lino, explains that although he and Belle were born continents apart, he felt a real bond and kinship to him. The two actors learned a lot from each other during production and the result was undeniable chemistry on screen.

In Brick Mansions, only the strong survive. In this dog-eat-dog society, the ruthless, urbane, and deadly drug kingpin Tremaine, played by RZA, is at the top of the foodchain. Undercover cop Damien Collier, played by Paul Walker, is determined to bring Tremaine to justice for killing his father years prior.

Brick Mansions began in France, with the popular films District B-13 and District 13: Ultimatum. The amazing Parkour stunts set them apart from most action films, particularly since one of the discipline’s co-founders, David Belle, starred in the films. Parkour, or the art of moving through an environment as swiftly and efficiently as possible using only the human body to overcome obstacles, is much a mind game as a series of physical feats.  This concept proved to be an exciting and compelling combination for Luc Besson, who wrote and produced both District B-13 and District 13: Ultimatum and has had incredible success with edge-of-your-seat action films, such as Taken and The Transporter. When it came time for the English retelling of the story, Besson reached out to Camille Delamarre.

Delamarre, who began his career as an editor and makes his motion picture debut as a director with Brick Mansions, was a fan of the original films and notes that their appeal was global. The critical connection between the American and French films is Parkour star David Belle, who reprises his role in a new way, not to mention that Brick Mansions marks his first English language film.

In Brick Mansions, Belle, joined by Paul Walker as his unlikely partner, face off against the vicious drug lord, Tremaine, played by the multi-talented RZA. The three, each with their own unique background, are very different actors and each brought something fresh to their character.

Brick Mansions shot on location in Canada. In order to capture the gritty, urban, almost apocalyptic decay that is Brick Mansions, Delamarre relied on several techniques, some old, some new, abetted by his cinematographer Christophe Collette, who, like Delamarre, makes his motion picture debut.