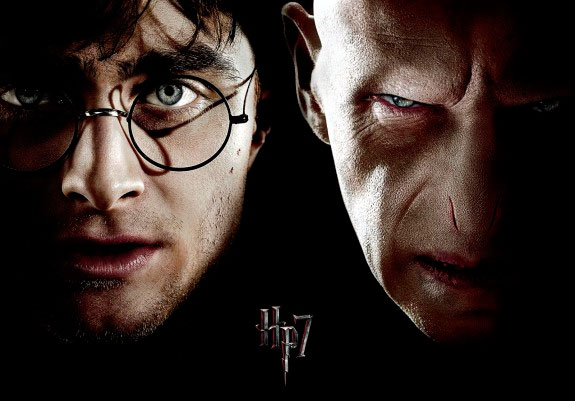 Harry Potter and the Deathly Hallows is a 2010/2011 two-part epic fantasy film directed by David Yates, written by Steve Kloves and based on the novel of the same name by J. K. Rowling. 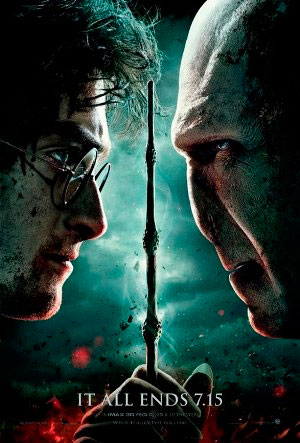 The film is produced by Rowling along with David Heyman and David Barron. The two parts form the seventh and final instalment in the Harry Potter film series, with the story following Harry Potter on a quest to find and destroy Lord Voldemort’s secret to immortality – the Horcruxes.

The end begins as Harry, Ron, and Hermione go back to Hogwarts to find and destroy Voldemort’s final horcruxes, but when Voldemort finds out about their mission, the biggest battle begins and life as they know it will never be the same again.

On 20 March 2011, the first preview for Deathly Hallows Part 2 was released, revealing new footage, and new interviews from the starring cast.

A new teaser poster came out on 28 March 2011, featuring Harry and Voldemort facing each other with the Elder Wand in the middle, with the caption “It All Ends 7.15” (referring to its US release date).

On 2 April 2011, a test screening of Part 2 was held in Chicago. Director David Yates, producers David Heyman and David Barron and the film’s editor Mark Day were in attendance.

On April 27 2011, the first theatrical trailer for Part 2 was released. The trailer revealed a vast range of new and old footage.

Part 2 will have its world premiere on 7 July 2011 at Trafalgar Square in London.