Harry Potter and the Deathly Hallows is an upcoming two-part fantasy-adventure film directed by David Yates and based on the novel of the same name by J. K. Rowling. The film will be the seventh and final instalment in the Harry Potter film series, and the third to be directed by Yates. 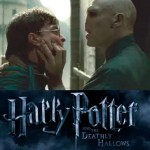 Pre-production began on 26 January 2009 (2009-01-26), while filming began on 19 February 2009 (2009-02-19) at Leavesden Studios, where the previous six installments were filmed. Pinewood Studios became the second studio location for filming the seventh movie.

David Heyman and David Barron serve as producers and the screenplay is written by Steve Kloves. The film stars Daniel Radcliffe as Harry Potter, alongside Rupert Grint and Emma Watson as Harry’s best friends, Ron Weasley and Hermione Granger. The story follows the trio on a quest to find and destroy Lord Voldemort’s secret to immortality – the Horcruxes. Principal photography for both parts was completed on 12 June 2010 (2010-06-12).

On 21 August 2010, director David Yates along with producers David Heyman and David Barron attended a test screening for Part I of Deathly Hallows in Chicago. Alan Horn, the president of Warner Bros, was also in attendance.

The decision to divide Rowling’s final book into a two-part movie came from the original declined proposal to split Goblet of Fire in 2004. Deathly Hallows was shot back to back, and treated as if it were one film. The idea to split the book into a two-part movie had been around since the middle of 2007, but only came into serious consideration after producer David Heyman was able to talk to writer Steve Kloves when the 2007–2008 Writers Guild of America strike ended and Heyman had Rowling’s approval. Kloves started his work on the script for the second part in April 2009.

According to Warner Bros. executive Alan F. Horn it will allow “an extra hour and a half to celebrate what this franchise has been and do justice to all the words and ideas in the amazing story.”

Heyman described the workings behind the split: “Deathly Hallows is so rich, the story so dense and there is so much that is resolved that, after discussing it with J. K. Rowling, we came to the conclusion that two parts were needed.” Kloves was not able to start work on the script until the WGA strike ended.