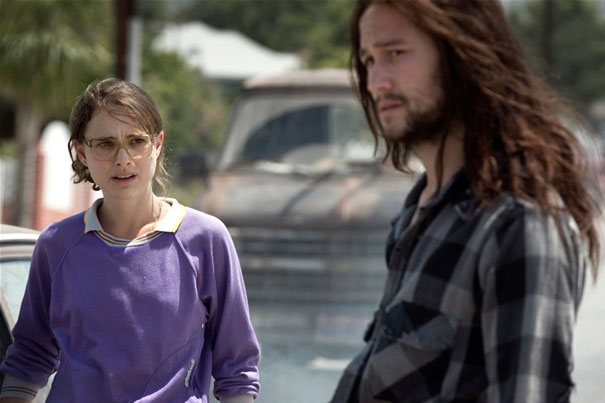 Hesher is a  drama film directed and written by Spencer Susser and starring Joseph Gordon-Levitt, Natalie Portman, and Rainn Wilson. First screened at the Sundance Film Festival January 22, 2010, the film’s release date in the United States is May 13, 2011. 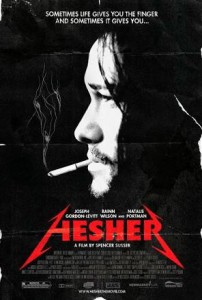 A Wrekin Hill Release of a Newmarket Films, NECA Films and CornerStore presentation

Loud music. Pornography. Burning sh*t to the ground. These are a few of Hesher’s favorite things. And they are what Hesher (Joseph Gordon-Levitt) brings to the lives of TJ (Devin Brochu), Paul (Rainn Wilson), and Nicole (Natalie Portman) when he takes up residence in TJ’s garage uninvited. Like a force of nature, Hesher’s anarchy shakes each one of them out of their rut and teaches them to embrace life once more.

Told through the eyes of 13-­year-­old TJ (Devin Brochu), HESHER is a dark fairy tale about an eccentric unhinged  drifter who appears out of nowhere to help a struggling family deal with loss in the most unconventional of ways. Susser brought the story idea to co-­writer David Michod after spending several years working on it himself.