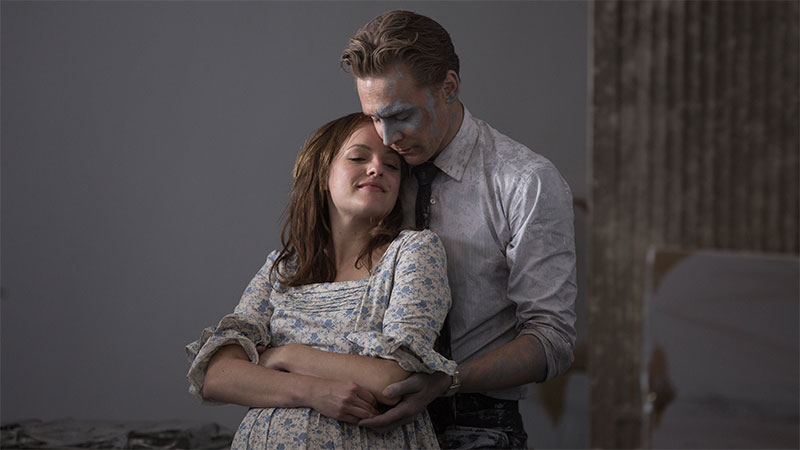 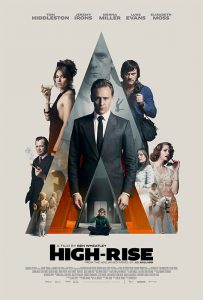 For the High-Rise soundtrack, Portishead created a haunting cover of ABBA’s 1975 hit ‘SOS’, a song that represented the glamour and disintegration of the period for Wheatley.

High-Rise is a respectful interpretation of J.G. Ballard’s modern classic novel written in 1975 and the culmination of my filmmaking to date.  I have endeavored to marry the emotional intensity of Down Terrace and Kill List, the comedy of Sightseers and the formal exercises of A Field in England. I hope you find it boldly funny and invigoratingly shocking.

I would like to thank the entire cast for their incredibly generous performances. Thanks particularly to Tom Hiddleston who gave up everything, including his clothes, to bring Dr. Robert Laing to the screen with grace, intelligence and emotional vulnerability, allowing me to take a stab at capturing the Ballardian tone.

I recall nothing but anxiety when I think about growing up in London during the late 70’s. Streets full of shit, rubble and rusty metal. The endless fucking trudge behind a buggy full of shopping along the hellish fume tunnel of the Finchley Road. Drunken screaming parents falling out of pubs and Volvos, down stairs and out of other people’s beds. I watched the grown-ups have their messy fun and wondered where is would all end. There are people with a greater understanding of Ballard’s philosophical and formalistic intentions but I know what it’s like to get lost in that building.

Some of the echoes that reverberate through the defunct heating ducts of the film are mine but the High-Rise was of course built by Mr. J.G Ballard. I would therefore like to extend my humble thanks to Mr. Ballard, his family and Mr. Thomas for giving me the opportunity to take up residence there for a short time.

High-Rise was shot in Belfast, Northern Ireland, where the production found an area that looked like a version of 1970s London in the seaside town of Bangor, a version which had proved difficult to find in London itself.

The key location for the film was Bangor Leisure Centre, which was designed by Hugo Simpson in 1970. The brutalist-style building offered adaptive period spaces that were true to the film’s era, including a swimming pool and squash court. It was here that production designer Mark Tildesley created the sets for the resident’s flats, including those of Laing, Charlotte, Wilder, Talbot and Steele. The corridors and balconies of the high-rise were also created here, and the building formed a base for the production.

The Old Stena Terminal on Ballast Quay offered Tildesley the scale to design Royal’s impressive penthouse and the vast foyer of the High-Rise, which took inspiration from the work of the 20thC French architect Le Corbusier.

The roof garden of Royal’s penthouse was shot in the Walled Garden at Bangor Castle, which was designed by the Ward family in the 1840s.

Other locations included the Ashby Building at Queen’s University, which provided Laing’s School of Physiology, and Kilroot Business Park, which saw Helen Wilder kidnapped on its   staircase.