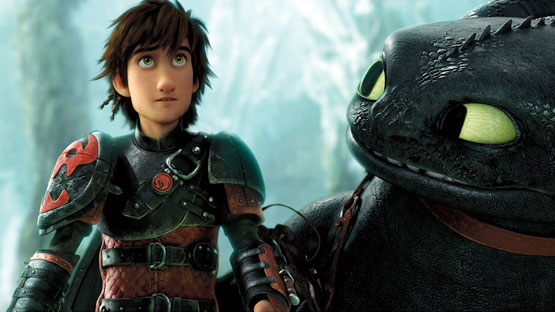 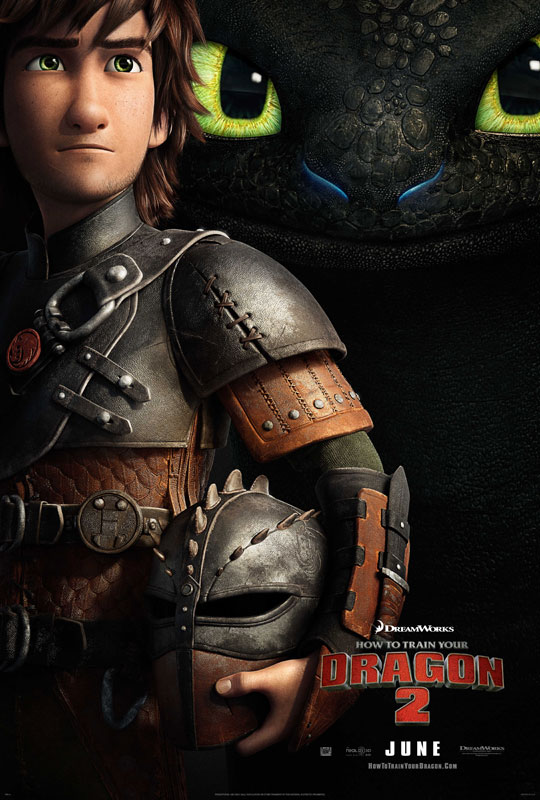 In the thrilling second chapter of the epic trilogy How to Train Your Dragon 2, five years have passed since the heroic young Viking Hiccup (Jay Baruchel) befriended an injured dragon and forever changed the way the residents of Berk interact with the fire-breathers. Now, Vikings and dragons live side-by-side in peace on the fantastical isle that has been transformed into a dragon’s paradise.

According to Writer/Director Dean DeBlois, it was a bit of a challenge on the design front and a trial-and error process for the artists to retain the charm and appeal of each character while at the same time aging them.

“We discovered ultimately, with most of the cast, that if we could just retain their overall silhouette and stamp, but increase their size, change their wardrobe, age their face in subtle ways and give them different hairstyles, that seemed to do it,” he says. “Hiccup was maybe the trickiest one just because in aging him, we wanted to make sure that he didn’t become a classic Hollywood hero. He had to retain his gangly quality, because there’s so much of his charm in that, that dorky awkwardness that he possesses.

“So we made sure that even though he did get taller, he never quite filled out the way his father, tribal chief Stoick the Vast, had hoped he might in the first movie,” DeBlois continues. “He’s still slight of build but he continues to compensate with his intelligence, wit and advanced thinking.” Returning as Hiccup is actor Jay Baruchel, who personifies those very qualities, according to DeBlois.

Keeping up with the demand at the dragon armory is Gobber, the village blacksmith and put upon right-hand man of Stoick the Vast. Always up for adventure, he’s played once again by Craig Ferguson. “Gobber is the guy who has to build all these things that make living with dragons less dangerous so he longs for the days of the past where they fought dragons instead of living with them peacefully. Craig plays that frustration very well,” DeBlois says.

The filmmakers chose Kit Harington, the popular young British actor from HBO’s “Game of Thrones,” to bring Eret, son of Eret, to life. “Kit showed up on a short list of possible actors to voice Eret,” says DeBlois. “I knew him from ‘Game of Thrones’ and I can safely say he’s my favorite character on that series. I thought he was perfect for the role.”

Producer Bonnie Arnold says audiences will appreciate the many types of dragons that show up in How to Train Your Dragon 2.