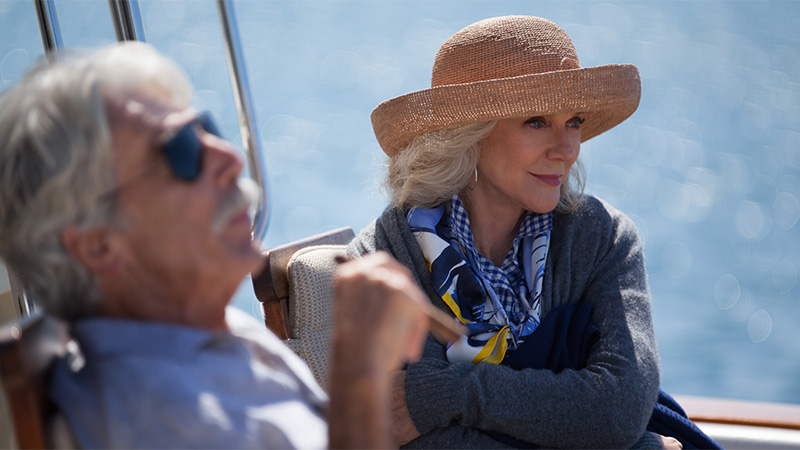 After the death of her beloved dog, Carol (Blythe Danner) finds the everyday activities that have given her life structure – her regular bridge game, gardening, a glass of wine or two – have lost their luster. With the support of three loyal girlfriends (June Squibb, Rhea Perlman, and Mary Kay Place), Carol decides to embrace the world, embarking on an unlikely friendship with her pool maintenance man (Martin Starr), pursuing a new love interest (Sam Elliott), and reconnecting with her daughter (Malin Akerman). 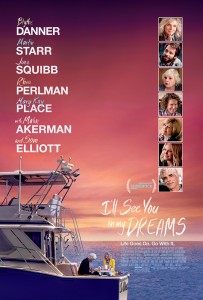 Composer and musician Keegan DeWitt provided the film’s evocative score, one of six he has written for Sundance Film Festival selections in the past three years. DeWitt is also the lead singer and songwriter of the band Wild Cub

Brett Haley, who directed, co-wrote, and edited I’ll See You in My Dreams, acknowledges that an exploration of the lives of a group of retirees might seem an unusual choice for a filmmaker in his 30s. Haley wrote the script with Marc Basch, a software engineer by day who writes short stories and novels in his spare time. “I met Marc because I was interested in adapting one of his stories for a film,” explains the director. “We worked together on the script and became friends through that process. I don’t like to write alone.”

Rebecca Green and Laura D. Smith, founders of the production company Two Flints, were immediately impressed by the script and signed on as producers. “To have roles for older actors that weren’t peripheral was exciting,” says Green.

Green and Smith helped Haley set up a Kickstarter campaign to raise seed money for the film. To generate interest in the project, they asked elderly members of their own families and the residents of a Los Angeles area retirement community to participate in video interviews. With candid humor, participants answered questions about the advantages and disadvantages of aging, dating as a senior, and advice for younger people.

At 72, Danner says she rarely encounters a script that offers her this kind of opportunity. “The character and the story were the draw here,” she notes. “I was astonished by my luck when I was offered the role.” Although she was intrigued by the project, it wasn’t until she met Haley that the actress agreed to sign on for the whirlwind 18-day shoot.

Martin Starr says he is grateful to Haley for giving him a chance to do something outside of his comfort zone. “It was an opportunity to be part of a very unusual movie,” he says. “When have you ever seen a coming-of-age story about a woman in her 70s? ”

Sam Elliott The actor, who made his big screen debut in 1969’s Butch Cassidy and the Sundance Kid, says it was a surprise to be offered this kind of role. “One of the great things about being an actor is you never know what’s going to come around the corner next. I have been doing this for nearly 50 years and didn’t expect a chance play a romantic leading man again,” says Elliott.

Having only 18 days to shoot a full-length feature meant getting each scene right quickly and then moving on. The story was originally set in Florida, where Haley was raised. But the producers urged him to consider setting his story in Los Angeles for financial and other practical reasons.

The retirement community where Carol’s friends live is the real-life Royal Oaks, a be.group community located in Duarte, a small city in Los Angeles’ San Gabriel Valley, where the original Kickstarter video was shot.