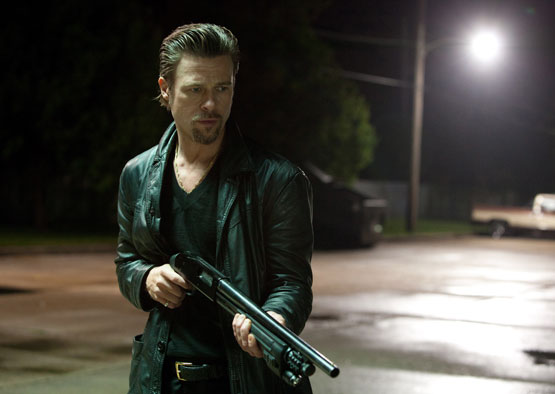 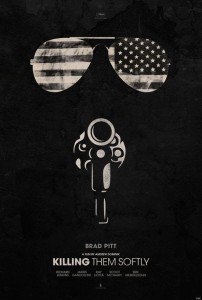 Killing Them Softly is based on the 1974 novel Cogan’s Trade by George V. Higgins. According to Garret Dillahunt, the film’s first cut was 2.5 hours long.

Killing Them Softly is written for the screen and directed by Andrew Dominik (The Assassination of Jesse James by the Coward Robert Ford), and is based on the George V. Higgins novel, “Cogan’s Trade.” Brad Pitt, Dede Gardner, Steve Schwartz, Paula Mae Schwartz, and Anthony Katagas produced the film, with Roger Schwartz, Matthew Budman, Will French, and Douglas Saylor Jr. serving as co-producers.