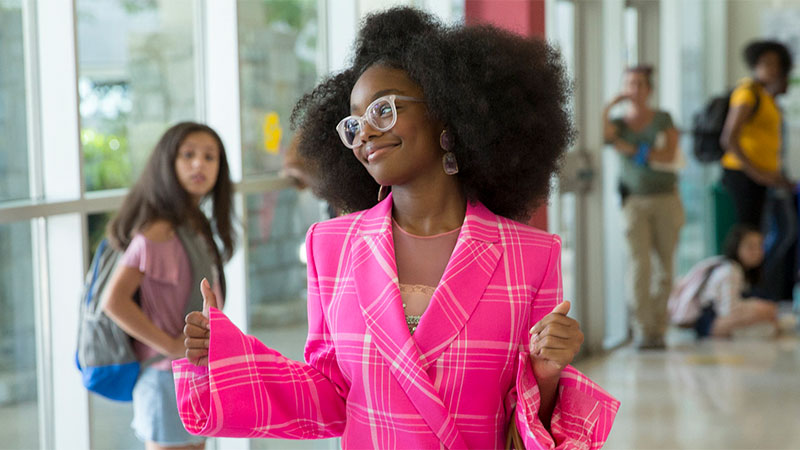 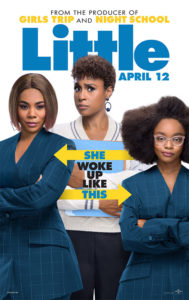 In Little, not only is the cast lead by three extraordinary black women, but Gordon and Tracy Oliver are black women, and black women were responsible for much of what audiences will see on screen.

While Hollywood has a rich history of funny, engaging body-swap comedies, it took a then-10-year-old Marsai Martin to notice a rather obvious cultural gap. None of those movies was about black girls or black women. “It was during season one of Black-ish when we were on hiatus,” says Martin, who’s now 14. “It was the first time I learned what a hiatus was. So I thought, ‘Ok, we’re on a break, how about we create something?’ There weren’t a lot of little black girls with glasses that looked like me on TV or in movies, so I just wanted to create something where you see more of myself and what you look like.” In a conversation with her mother, the concept for Little was born.

Martin and her parents, Josh and Carol Martin, took the idea to Black-ish creator Kenya Barris. “Kenya suggested we take it to Will Packer Productions,” executive producer Josh Martin says. “We didn’t really need to sell it; it was more about Will hearing the idea. He was already sold on Marsai and her capabilities.” Carol Martin adds: “Will Packer Productions was the perfect home for this idea. When we told them the concept, they just got it.”

Packer, who has become one of the most prolific and successful producers in the industry by creating top-tier entertainment that celebrates black characters, lives and experiences, immediately connected with Martin’s idea and saw its potential.

With Packer on board, his team, including Martin, eventually met with Universal executives. “It was just all of this big ol’ stuff going on, and it just got bigger from there,” Martin says. “It’s truly a blessing and I’m very grateful.”

Packer and his team now had an exciting, innovative concept but needed to develop it into a filmable story and script. Tracy Oliver, who had co-written Girls Trip with Barris, was brought in to create a formal narrative around Martin’s idea. Martin herself stayed involved in each step of the process. “Marsai always had a vision for how she wanted this movie to come together,” Packer says.

Over a few years of development, the story evolved. Tina Gordon, the writer of the 2002 sensation Drumline and the writer-director of 2013’s Peeples, was hired to work on the script and eventually to direct the film. “We landed on Tina Gordon to rewrite the script early on in the process,” producer Lopez says. “While we were going through the development process, Will and I advocated for Tina to be the director. When she met with the studio, she knocked the meeting out of the park and we’ve been partners ever since. I think it’s important for the cast to see an African-American woman at the helm, not only writing but also directing this project.”

The final script, and the film, touch on themes of self-empowerment, personal evolution, the impact of bullying and the importance of lifting up those around you to aspire to be their best selves. It also features the first ever portrayal of a black female tech CEO on film. “Little is about Jordan Sanders, a hard-driven woman who is very accomplished in her career,” executive producer Preston Holmes says. “At the same time, she has paid the price in terms of her personal relationships. She made a decision early in life that she would put her guard up in hopes that this would prevent her from being hurt again. Over the course of the film, she’s transformed into her 13-year-old self once again, allowing her to rethink and relive moments of her past.”