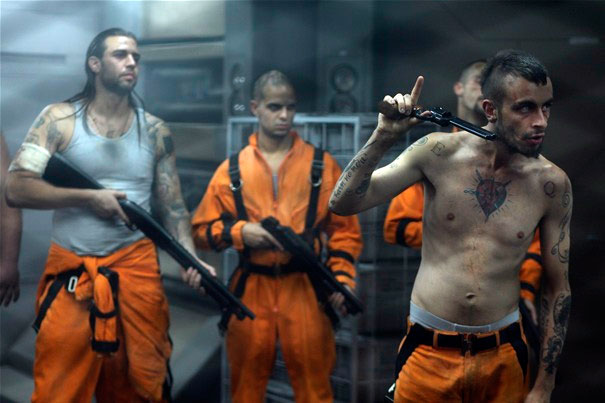 After discovering Pierre Morel, Alexandre Aja and Louis Leterrier, Luc Besson and EuropaCorp now produce the first futuristic thriller Lockout, directed by James Mather and Stephen St. Leger, two Irish filmmakers whose sci-fi short PREY ALONE was an internet sensation bringing the directors acclaim for their mastery of green screen techniques. It’s hardly surprising then, for EuropaCorp to remain faithful to its tradition and commit to this adventure. 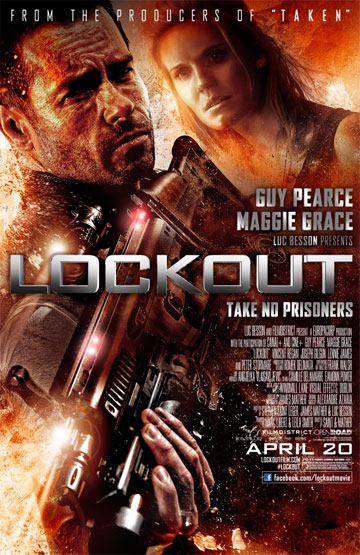 Although the film was initiated and produced by EuropaCorp in France, it was shot in Serbia with English-speaking actors, while benefitting from Ireland’s tax incentives

Starring Guy Pearce and Maggie Grace and set in the near future, Lockout follows a falsely convicted ex-government agent, whose one chance at obtaining freedom lies in the dangerous mission of rescuing the President’s daughter from rioting convicts at an outer space maximum-security prison.  Lockout was directed by Stephen St. Leger and James Mather from their script, co-written with Luc Besson, who is also a producer.  Peter Stormare co-stars.

When Stephen St. Leger and James Mather met Luc Besson, they had already written two features and wanted to direct a wisecracking action movie. The maker of THE FIFTH ELEMENT  had the perfect project for them: 500 of the world’s most dangerous criminals are locked up in a prison in space and maintained in a state of stasis. “Suddenly, the inmates wake up,” recounts Leila Smith. “Rioting breaks out in the prison and a guy is sent up there to restore order.”

The two Irish directors enthusiastically accepted EuropaCorp’s proposal and met regularly with Luc Besson to work on the script. “The two boys met with Luc for 2-3 hours at a time to put together the structure of the movie with the main narrative blocks and the elements of plot that needed to be integrated,” comments Marc Libert. “Back in Ireland, St. Leger and Mather wrote the dialogue, even taking liberties with the structure to express their style. After the first draft, the second took us another four-five months. Luc’s reaction to it was very positive.”

Leila Smith in particular appreciated the close collaboration between EuropaCorp and the two directors, whose willingness to communicate she emphasizes: “There were no great debates between Luc and the guys. Their script meetings functioned a bit like a master class. Luc gave them explanations about various scenes and advised them not to develop others because he sensed they’d be cut in editing.”

Luc Besson‘s directorial experience proved crucial. Leila Smith adds, “When the directors disagreed with Luc, he just said to them, ‘Convince me.’ They defended the choices they had made and the coherence of the development of characters they really cared about. Most often, Luc was happy to be convinced.”