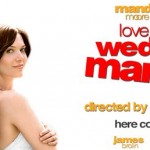 In Love, Wedding, Marriage, a happy newlywed marriage counselor’s views on wedded bliss get thrown for a loop when she finds out her parents are getting divorced.

When newlywed marriage counselor Ava learns that her parents, whose marriage she’s always idealized, are headed for divorce, she cannot accept it. Ava sets out on a dangerous path to save her parents’ marriage at the expense of her own, manipulating loved ones to achieve her objectives.

Dermot Mulroney is making his debut as a director with Love, Wedding, Marriage. Mostly known for his lead performances in romantic comedy films. Mulroney has appeared in many movies, including as the male lead in My Best Friend’s Wedding alongside Julia Roberts and Cameron Diaz. Mulroney also played the love interest of Madeleine Stowe in the western Bad Girls. In 2005, he played a “date-for-hire” character alongside Debra Messing in The Wedding Date.

Reviews for the film have been overwhelmingly negative. The Los Angeles Times called it “an emotional wreck of major proportions“. Slant Magazine said it was “wooden and shallow“.The Hollywood Reporter called it “a flat romantic comedy” […] “that would have seemed insipid even in 1953“.They added that Mandy Moore came across as a “high school student” and that “Lutz’s dyed blond hair does nothing to encourage taking him seriously.” The Village Voice said it was full of “half-hearted melodramatics and schmaltzy bromides“.