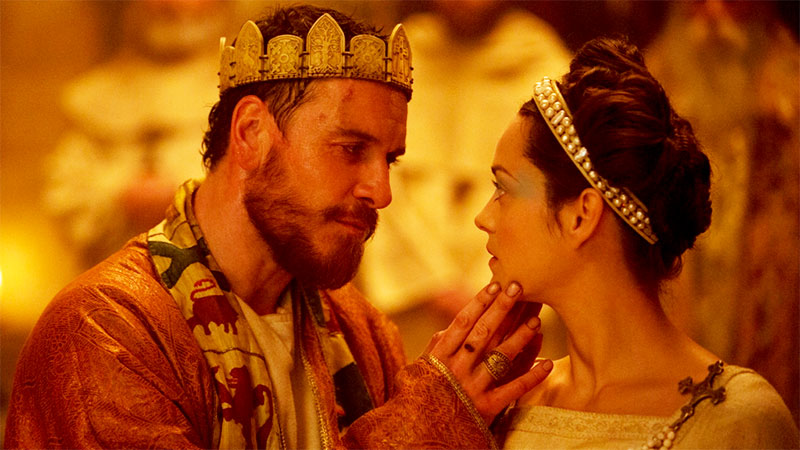 Macbeth is the story of a fearless warrior and inspiring leader brought low by ambition and desire. A thrilling interpretation of the dramatic realities of the times and a reimagining of what wartime must have been like for one of Shakespeare’s most famous and compelling characters, a story of all-consuming passion and ambition, set in war torn Scottish landscape. 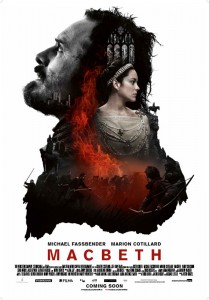 In fact, it was after Michael Fassbender saw Snowtown – before the idea of Justin Kurzel directing Macbeth had even been mooted – that the actor asked his agent to set up a meeting.

With a new generation of British actors commanding the stage, as well as screens big and small, producers Iain Canning and Emile Sherman of See-Saw Films felt the time was right for a new approach to Macbeth. “You’ve got actors such as Tom Hiddleston and Jude Law playing the leads in Shakespeare plays,” notes Canning.

The timing was right from a topical point of view too, with greed, and its effects, on the agenda more than ever before. Notes Jack Reynor, who plays Malcolm: “Greed is a really terrible thing that can corrupt on a monumental scale, and it can destroy people’s lives. So the story of Macbeth is particularly poignant when you take into account the economic climate of the past few years.”

Preserving Shakespeare’s language was always key for the filmmakers. “You’d end up making a very different film if you’re not using the rules of the verse and dialogue,” Canning notes. “Our challenge was to cut the play in the right ways, and bring together the right filmmaking team so that people would forget they were listening to something slightly unusual or classical.”

“We approached it with simplicity,” says Michael Fassbender, cast in the role of Macbeth. “We never tried to work against the verse or just disregard it, but we kept things simple and tangible,” Continues director Justin Kurzel: “You’re bringing the verse into the cinema, and there’s something about doing it to another person one-on-one as opposed to a live audience,”

“After we had made Shame, we really wanted to work with Michael Fassbender again,” notes Canning. “We were working on this adaptation and thought we’d send it his way anyway,” With Fassbender on board, attention turned to a director who could complement the lead actor’s unique style and add a new layer to this classic play. And with Fassbender’s name attached, the job was highly prized. It was a screening of Snowtown, by director Justin Kurzel, which convinced the producers to send the script Kurzel’s way. The Australian native has a storied history in the theatre in his home country, and his feature film directorial debut won awards at festivals all over the world. Adds producer Laura Hastings-Smith, of screening Snowtown: “Here was a director who really got down into the layers of a character’s psychology.”

It was the notion of Macbeth as a warrior that made Kurzel sign up for the project. “The shadow of war, and being able to bring that to the screen cinematically – how Macbeth responds to war, or is a product of it, and how that plays into his ambitions to become king – I found all of that really interesting in terms of a character replacing a kind of trauma, or a grief, with a kind of kinship.”

One of the most talented actresses of her generation, Marion Cotillard who is French was an obvious choice for the part of Lady Macbeth. And while the character is originally Scottish, her casting adds another layer to the film. “It has allowed us, at the centre of this story, to place a character who has an otherness,” says Canning. Kurzel says Cotillard worked hard to learn the Shakespearian language despite the language barrier.

The film was shot over seven weeks, on 36 shooting days, each and every one of them on location. Only six of those days didn’t involve exterior work.  Shooting provided plenty of challenges, not least because it involved a lot of location work in the cold winter months. “There was a point on this film where we felt we were being judged one way or another by William Shakespeare himself,” laughs Canning. “He was either occasionally supportive of what we were doing, and making sure we had the right weather for all the stormy scenes – and we were filming those scenes whilst Britain was having some of its worst weather ever – or perhaps he just wanted to stop us in our tracks. We’ll see!”

The production shot on location at Ely Cathedral, which doubled for Dunsinane. “We came here really early on and there was something about this place,” explains production designer Fiona Crombie. “It’s obviously incredibly beautiful, but what I love about it is that it’s imperfect. The walls aren’t necessarily symmetrical and the floor changes a lot so there’s a little bit of chaos there.”