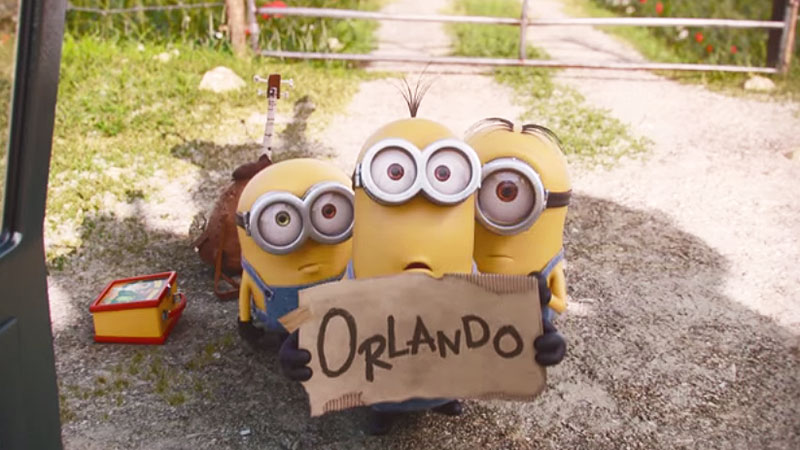 The story of Illumination Entertainment and Universal Pictures’ Minions begins at the dawn of time. Starting as single-celled yellow organisms, Minions evolve through the ages, perpetually serving the most despicable of masters. But one Minion named Kevin has a plan, and he—alongside teenage rebel Stuart and lovable little Bob—ventures out into the world to find a new evil boss for his brethren to follow. 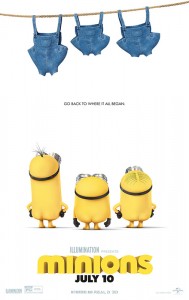 The inimitable Illumination Mac Guff evolved from Mac Guff Ligne in Paris, an animation company with a strong technical foundation that existed for almost 30 years. When the Santa Monica-based Illumination Entertainment began, a tenet of the company was for artists to work where they live.

Illumination founder and CEO Chris Meledandri explains that, in their typical subversively sweet fashion, the Minions got their own way when it came to a prequel story. He says: “We didn’t set out to give the Minions their own movie, the Minions demanded it. After Despicable Me 2 was finished, we found that our team could not stop themselves from animating these characters.”

Meledandri’s longtime fellow producer, Janet Healy, who has collaborated with him on every Illumination film to date, shares his passion to make films full of complex personalities. She reflects on why Minions are so beloved throughout the world: “What appeals to everyone—no matter what country they live in or their age—is that the Minions are subversive, childlike, sincere, expressive and invincible. They’re also ageless and without a specific language. People are eager to see them in their own movie, and we’re very excited to give them a prequel to the Despicable Me movies that features the Minions and the story of where they come from.”

Brian Lynch was next asked to write Despicable Me: Minion Mayhem based on the series, which would go on to become an enormously popular ride at both Universal Studios Orlando and Universal Studios Hollywood. Park guests could interact up close with the Minions, and they just couldn’t get enough of them. The ride was so popular that the Illumination creative team asked Lynch if he’d be interested in writing a stand-alone film about the Minions to complement the others in the Despicable Me canon.

While the majority of film projects concentrate on casting after the script has been written, when preparing Minions, it helped enormously that the three leading men would be vocalized by one of the directors himself, Pierre Coffin.

Meledandri has his own take on the director’s top-secret style: “Pierre would probably tell you that the language is all gibberish, but I have my own theory. I’ve watched him over the course of these three movies, and I’m beginning to see linguistic patterns. I actually think he’s creating a language. He’ll deny it, but I’m convinced that he is. It’s a language that, for all of us audience members, we’re beginning to understand.”

Casting Sandra Bullock as Scarlet was an early idea from Meledandri, who hoped to juxtapose her approachable sound with the heart of a character bent on revenge and power assumption. His logic was that if Scarlet were voiced by someone with a more diabolical bent, you’d know within an instant for whom you should root.

For the role of Herb, filmmakers turned to lauded dramatic and comedic actor Jon Hamm, who is himself fresh off a series about the ’60s. Although he’s best known for his groundbreaking work in AMC’s Mad Men, Hamm is equally proud of his comedic turns in Bridesmaids, 30 Rock and as a three-time host of Saturday Night Live.

As our Minions travel in search of their next master, by happenstance they meet the Nelsons—a family of felons—led by Walter and Madge Nelson, voiced by the inimitable Michael Keaton and Allison Janney.

Directors Pierre Coffin and Kyle Balda felt strongly that if they would be making a film set in the 1960s, that it had to have a distinct visual influence from that period and to take Kevin, Stuart and Bob on their groovy journey, the film is replete with the best of the ’60s, including The Beatles’ “Got to Get You Into My Life,” Jimi Hendrix’s “Purple Haze,” The Turtles’ “Happy Together,” The Spencer Davis Group’s “I’m a Man,” The Kinks’ “You Really Got Me,” The Who’s “My Generation” and Donovan’s “Mellow Yellow,” bringing key scenes in the film to vibrant life.