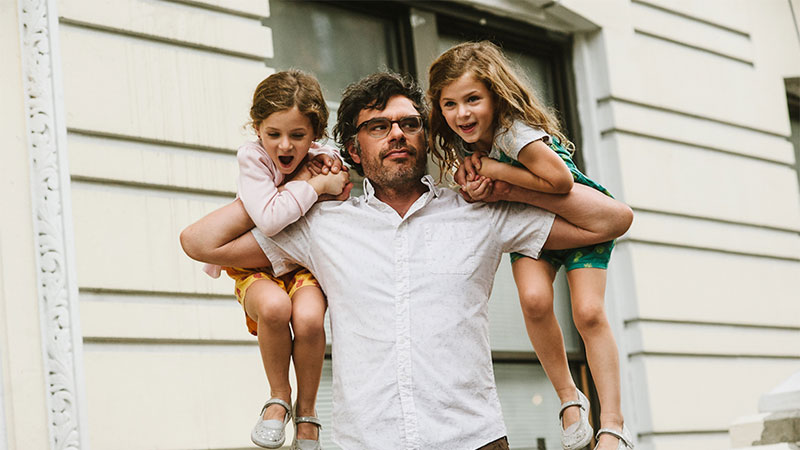 When we meet quirky, offbeat Will Henry (Jemaine Clement), things are going pretty well. He’s making a decent living as a graphic artist and professor in Brooklyn and throwing an over-the-top fifth birthday party for his two lively twin girls, Collette and Clio (Gia and Aundrea Gadsby). But then he walks in on the twins’ mother Charlie (Stephanie Allynne), only to see his longtime partner in a compromising position with their mutual friend Gary (Michael Chernus), a shlumpy but surprisingly successful performance artist. In a heartbeat, Will’s world collapses. 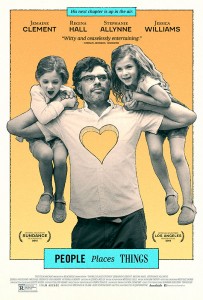 PEOPLE PLACES THINGS represents everything I know, think and feel about being a parent, a writer and a person. It is the most personal story I have ever told. It is also probably the funniest. — writer / director Jim Strouse

For Jim Strouse, creating Will’s world meant walking that difficult line between honoring Will’s genuine pain while still allowing him to be suitable as a comedic hero. “Most the characters in this story are struggling or semi-struggling artists in touch with their feelings,” explains Strouse.

For a smart film about real people, the part of Will required an actor who could be likeable, but also believable as someone in a bit of an emotional rut. “I wanted someone funny, first and foremost,” says Strouse about the process of bringing Will to life. “But I was also looking for someone with a certain thoughtfulness. Will was always a little melancholy from conception but I was never interested in watching him wallow in sadness. So I needed an actor with a solid center that could be still and thoughtful and witty all at the same time and I found all of that and more in Jemaine Clement.”

Key to revealing Will’s character are the scenes that Clement shares with young twin actors Gia and Aundrea Gadsby. “I’ve worked with kids on everything I’ve made,” says Jim Strouse about choosing to make the children such important figures in the film. “If you treat young actors with intelligence and respect, they will trust you and do what you want. Aundrea and Gia were so naturally talented, and Jemaine took to them right away. ”

The final character in the cast is Will’s New York City – at times picturesque (as the city can certainly be), but also a lived-in place, familiar, lived-in, and as claustrophobic as Will’s bachelor apartment and wide-open as the park where he plays with his kids. “The New York portrayed in the movie is the New York I have lived in for the past ten years,” explains Jim Strouse. “The coffee shops, the classrooms, and parks are all the same places I go to with my kids – Astoria and Cobble Hill, the School of Visual Arts, the Brooklyn Botanical Gardens.”

Strouse credits the members of his production crew for enhancing his very personal perspective on the locations chosen to play out Will’s story. “My DP Chris Teague and I sat down and talked out every beat of the story. I knew all the places I wanted to shoot and my location manager, Steven Grivno, helped me secure them all.”