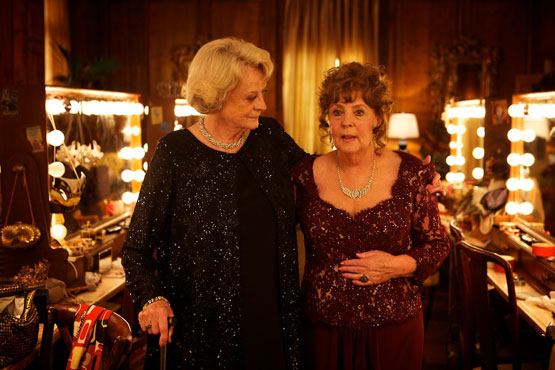 Dustin Hoffman’s directorial debut film, Quartet is release by The Weinstein Co. Based on Ronald Harwood’s stage play of the same name, the film stars Maggie Smith, Tom Courtenay, Billy Connolly, Pauline Collins, Sheridan Smith, and Michael Gambon. The film is produced by Finola Dwyer and Stewart Mackinnon who together with his partner Mark Shivas originally developed the film with BBC Films. 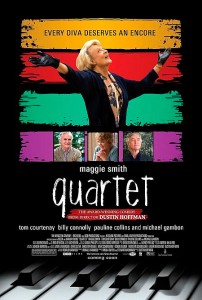 Quartet builds to a gala sequence finale – the film’s grand crescendo – in which the main hallway of the house is transformed into a stage evoking La Scala.

With a career spanning more than five decades in front of the camera, Dustin Hoffman is one of the world’s most accomplished and highly regarded actors. Though despite long harboring a desire to direct – and having done so on stage – it was not until he read Ronald Harwood’s script for Quartet that Hoffman was able to make his first feature as a director.

As Quartet’s pre-production phase ramped up, director of photography John de Borman travelled to Los Angeles to collaborate with Hoffman on the look of the film. De Borman is well known for preferring to shoot handheld, but Hoffman’s instinct was that the film be more classical and considered. “They watched a lot of movies together and talked about it being quite classical,” remembers the film’s producer Finola Dwyer.

“We focussed more on the storytelling than the visuals,” de Borman remembers. “We looked at the documentary TOSCA’S KISS very carefully. There was an element of it that we felt strongly we’d like to have in the film.”

The production settled on Hedsor House in the village of Taplow, which offered the range of environments the production was seeking. “I’d thought Beecham House was going to be more lyrical; more feminine,” shares production designer Andrew McAlpine. “This is a very masculine, block house. But it’s ideal in the sense that it tells you that it is what it is.”