This film will reportedly have “breathtaking” stunts from Shahrukh Khan. The special effects team is being hired from Hollywood. Khan has already started working out to prepare himself to be able to perform the “daring” stunts for the film. Khan is now set to go flying in the sky to save mankind in this film. 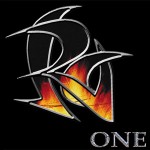 At a press conference that welcomed Akon to India, he revealed that his character can “solidify” electricity and that his team was working on making this possible on screen. He also referred to his character as “Jeevu”, suggesting perhaps a double role.

The shooting was originally supposed to begin in Miami, USA, but due to budget concerns this was scrapped. The first phase of filming begun in India in March 2010 and took place till May 2010 in Mumbai’s Film City and Goa.The crew then moved on to London in June 2010 where the filming with the entire starcast took place during July-August and has been completed. In a recent interview, Khan stated that the remaining portions would be completed in India & would require further 6 months of post production.

Khan also requested his long time collaborator & director Karan Johar to be present during shoot in London. While they were in London, media reports suggested Johar may have directed some romantic portions of the film; this was later denied by the director. In September 2010, Khan signed Hans Zimmer to compose the background score for the film thus making Ra.One Zimmer’s first Bollywood project.

Kareena Kapoor plays the female lead alongside Khan in the film (the duo were last paired opposite each other in Asoka (2001)) whilst Arjun Rampal will be seen as the villain. During an appearance on the chat show Friday Night with Jonathan Ross, Khan stated that Jackie Chan was “approached for a role in the film”. Khan had reportedly sent Chan the detailed script of the film, along with the action sequences and a brief synopsis of his character;it was later confirmed that Chan would not be part of the project.In July 2010, Khan announced that Chinese-American actor Tom Wu would be part of the film.

Akon and Khan reportedly met in Los Angeles, USA. It was reported that besides singing one song, the singer would also form part of the cast. However, Sinha later explained that Akon would “only [be] singing for our film [and] not acting”. Akon arrived in India on March 8, 2010, and recorded the song with composers Vishal-Shekhar on March 9–10.